Apple announced iCloud at WWDC 2011, and the cloud storage feature is set to debut this Fall. Early iOS 5 beta testers have already had access to features of iCloud.

IHS Suppli reports Apple is currently the world’s number one buyer of NAND flash memory and is expected to hold onto that title for 2011, with close to 30% of worldwide demand, thanks to sales of the iPhone and iPad.

However, the launch of iCloud could lower the demand for NAND flash memory in the future if all iOS users utilize the service, but won’t come into affect until a few years down the road in 2015, according to estimates. These reports are based on each iOS user decreasing storage by 100 GB to take advantage of iCloud for music storage (at 4 MB per song).

The NAND flash memory market remains stable today, as it’s hard to predict how users will fully utilize iCloud’s offerings. So in the meantime, there’s no immediate effect as physical storage still remains king since iCloud is dependent on network connectivity. 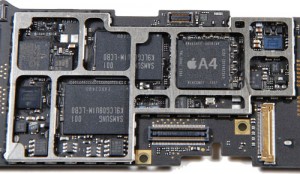