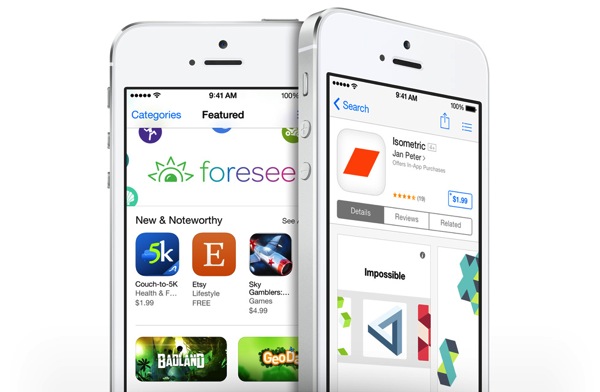 According to a report by mobile marketing company App Annie, Android’s Google Play Store has seen twice the number of app downloads when compared to the iOS App Store in 2015, but that hasn’t translated into greater earning power.

Despite the difference in downloads, iOS now earns 75 percent more revenue than the Google Play Store. The report notes:

“While Android is making inroads on Apple’s U.S. market share [among trackable app downloads], its revenue lags. Google must continue to evolve its strategy to help drive more revenue for its developers; that said, Android market share needs to grow at the high end of the smartphone market to meaningfully drive more revenue share.”

App Annie download statistics only pertain to apps the company can track, so downloads of Apple’s own first party apps (such as Keynote, Garage Band, iTunes U and Apple Music) don’t appear. 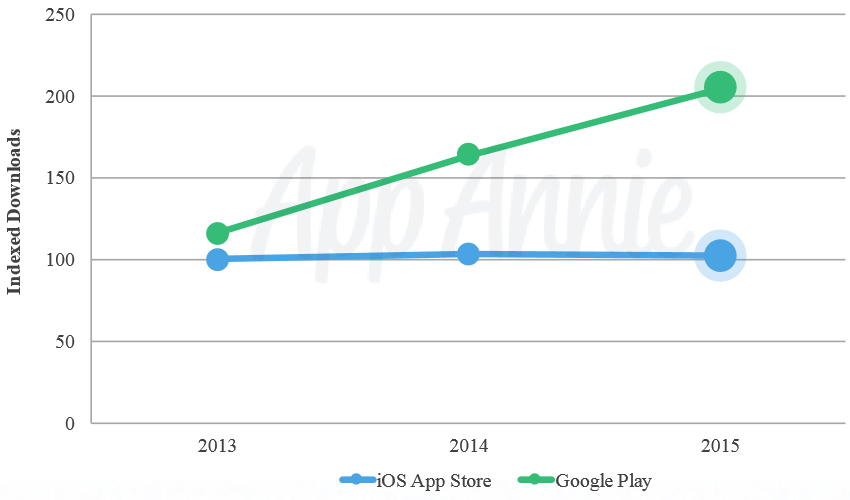 That makes it difficult to make direct comparisons between the two platforms in overall download counts. However, it does show that among monetized apps tracked by advertisers, iOS is earning far more money for developers than Android is, despite the fact that much of Android’s apps are free/ad supported titles that Google cultivates, because it is primarily an advertising company.

App Annie also reports no data for Google Play in China because Google has virtually no presence there. On the other hand, Apple’s app revenue China has doubled, making China Apple’s third largest App Store market. 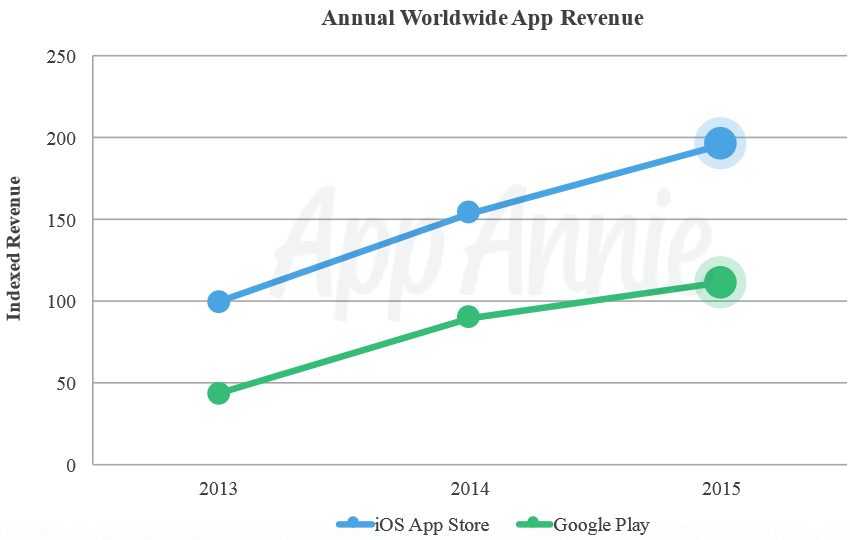 In addition to earning more for app developers, Apple’s platform also represents most of the online orders made from mobile devices.