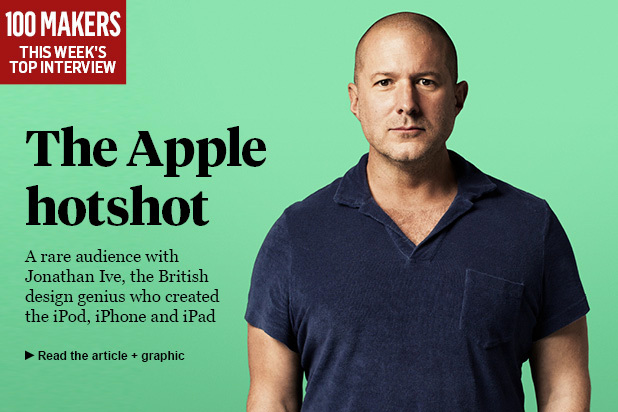 Jonathan Ive, Apple’s Senior Vice President of Design, was interviewed by the UK’s Sunday Times where he discussed the history and future of Apple, along with many other topics.

The interview shows Ive’s perspective into the company, discussing his approach and philosophy behind designing new products:

Ive starts a new project by imagining what a new kind of product should be and what it should do. Only once he’s answered those questions does he work out what it should look like. He seeks advice in unlikely places. He worked with confectionery manufacturers to perfect the translucent jelly-bean shades of his first big hit, the original iMac. He travelled to Niigata in northern Japan to see how metalworkers there beat metal so thin, to help him create the Titanium PowerBook, the first lightweight aluminum laptop in a world of hefty black plastic slabs.

Ive also talked about manufacturers like Samsung who release devices that look strikingly similar to Apple’s. He calls this “the practice of theft of thousands of hours of struggle.”

The designer also says that Apple is working on new products, which of course he cannot say anything about. This could be a possible reference to the iWatch, which is rumoured to be focused on health and fitness applications, along with iOS 8 and future iPhones and iPads. 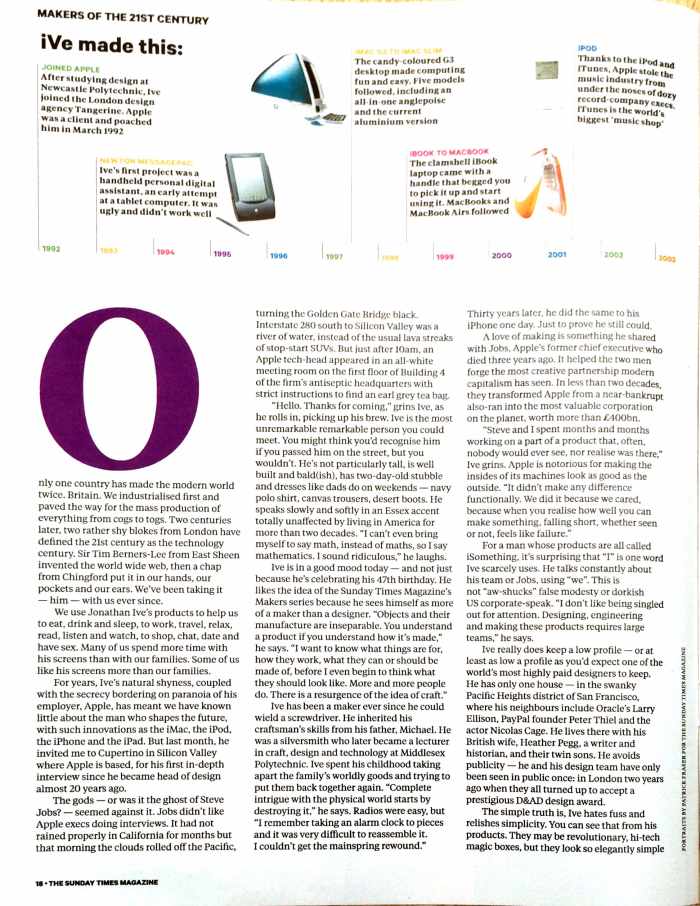