A new patent application published by Apple this week suggests that the company may be looking to embed the Touch ID fingerprint sensor in the iPhone’s display.

“Apple’s latest proposed invention related to a touchscreen Touch ID would allow the device to capture a single fingerprint at a pre-determined fixed location on the display. For example, an iPhone’s lock screen or a third-party application could ask a user to place their finger in a specific spot on the screen in order to scan it and verify their identity.”

If the sensors were embedded in the display, users would be able to unlock their devices by simply touching the screen. The embedded technology would allow for new security possibilities for protecting your device and the information it contains. 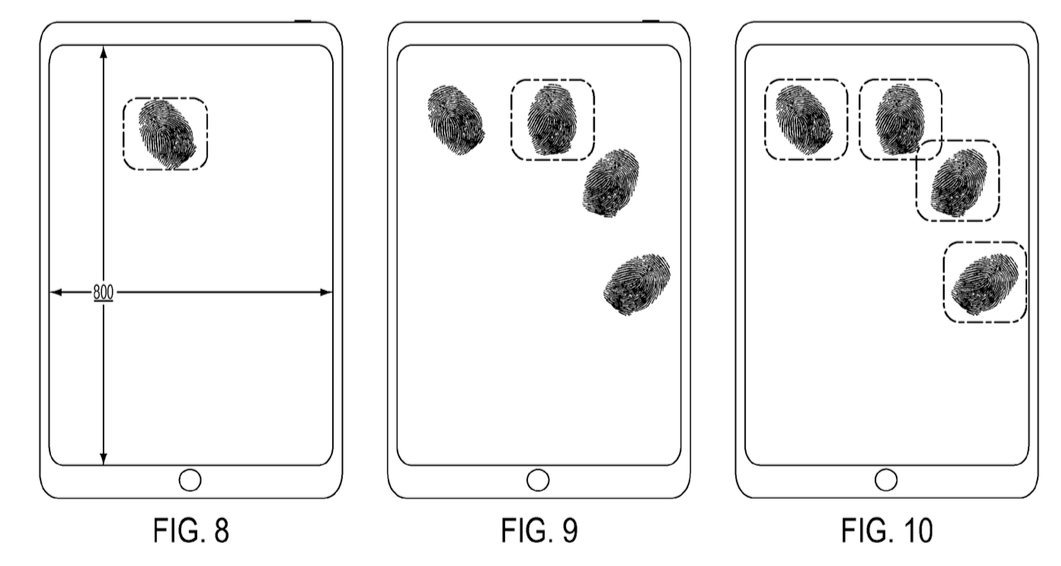 “Apple’s system could also go even further, capturing a single fingerprint from any location on the display, or even scanning and identifying multiple fingerprints at once. By using the full space of an iPad, for example, Apple’s advanced Touch ID system could enhance security by scanning all five of a user’s fingerprints from one hand at the same time, or even a full palm print.”

However, putting this method into practice is a lot harder than it sounds. Traditionally, embedding any other sensor with the traditional touch sensor has been a challenge. As the report points out, Apple may affix the sensor to an integrated circuit connected to the bottom surface of a cover sheet or connect it directly to a top surface of the display.

The technology doesn’t seem like it will come to market in the near future, but this could be something Apple might be interested in implementing down the road. Even though Apple has filed a patent, it does not mean that we will ever see it implemented in a publicly released product.