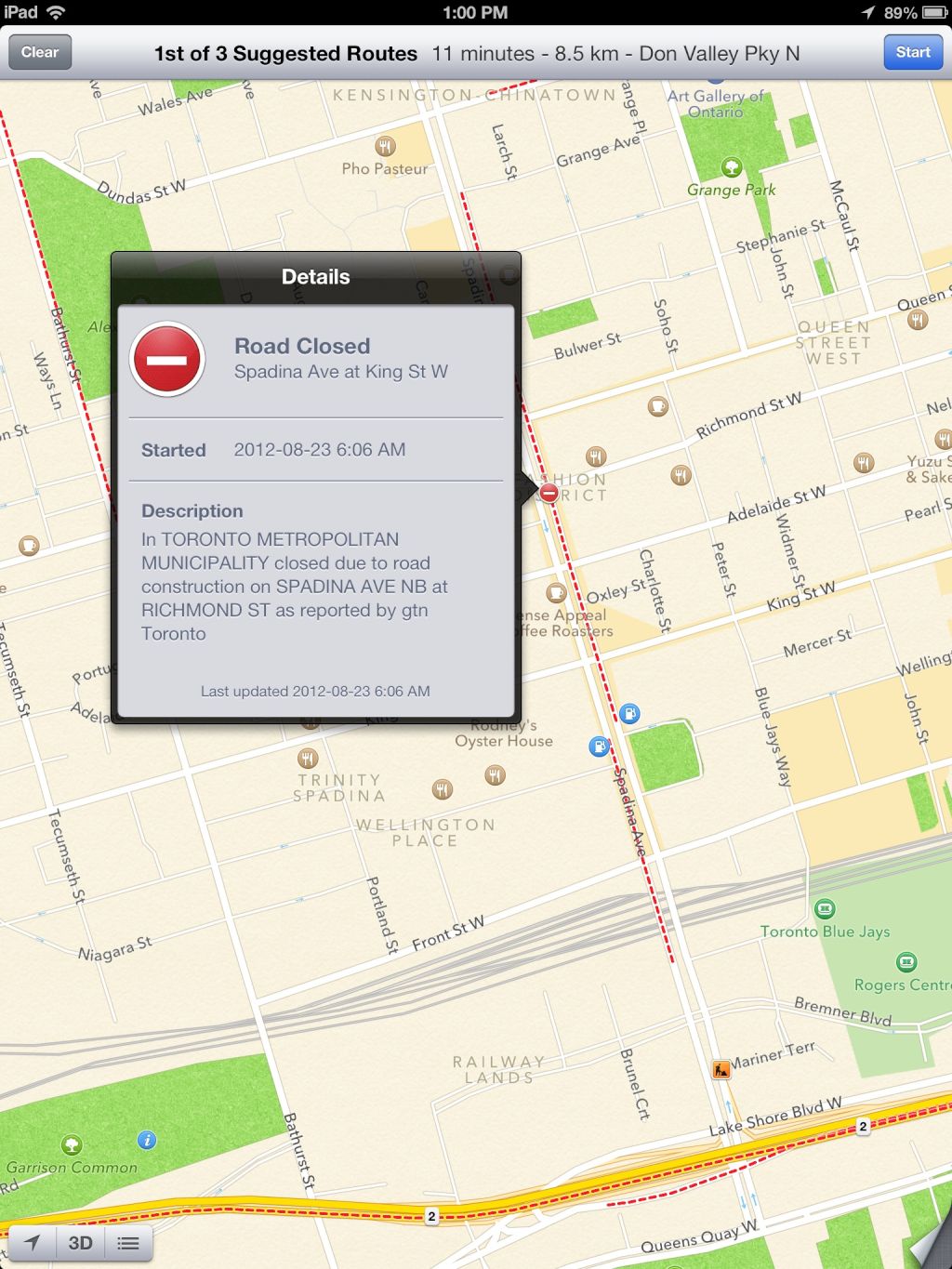 As we learned a few months ago, Apple has discontinued Google Maps on iOS 6 and will instead use an in-house mapping system. Apple had brought features such as turn-by-turn navigation, traffic, and flyover to iOS. These are highly anticipated features that Google Maps lacked on Apple’s mobile operating system.

In Canada, iOS 6 maps previously failed to show traffic, construction, and road closures, affirms tipster Jonathan Anderson via Twitter. As of today, red lines indicate irritations on the road. A simple tap on the red line will even provide specific information on closures, construction, and traffic time (when available) .

I can’t recall noticing road notifications when taking iOS 6 maps for a test-drive in the past, so we are assuming the function has recently been activated.

When iOS 6 is released, or for those currently with the beta version installed, you can enable traffic by swiping the right-bottom corner upwards and tapping “show traffic.”

Let us know in the comments if you’ve seen traffic data in Canada prior to this past week.