An interesting report on a new Apple patent related to building 3D avatars has been published by Patently Apple today, which claims that Apple’s 3D avatars app is in its final stages of development. The source has also posted a screenshot of the app running on an iPad in which one of the 3D characters has an Apple T-Shirt on. Patently Apple also believes that Apple is planning to debut this 3D Avatar app alongside a cool new Apple based game of sorts to kick this off just right. 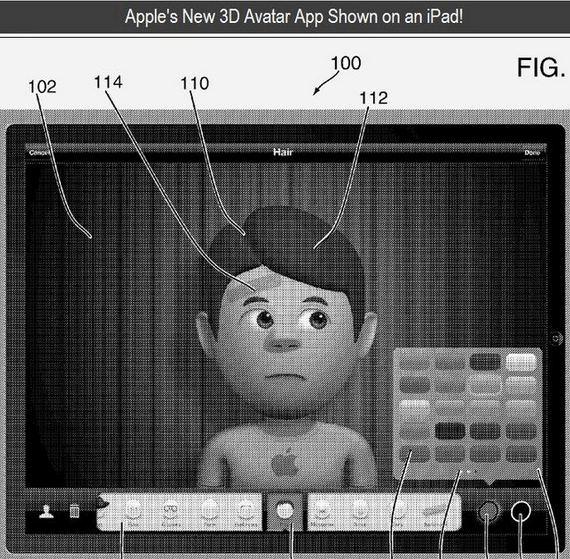 “Earlier today we introduced Apple’s 3D Avatar App which covered a basic overview of the new application in the works. Now a second patent application has surfaced and it actually shows that the app is already running on an iPad! We have the screenshot to prove it. The new patent application focuses on how the app will work with color palettes and more. The big news however is that the new 3D Avatar App is in its final stages of development and that’s very cool. Evidently phase-one of the application is geared for the younger crowd, but other editions could be in the works as discussed in our first report today.”

The above patent application was originally filed in Q3 2010 by sole inventor Thomas Goossens of Apple Paris.