Apple has just launched a new dedicated Twitter feed for gaming, adding fuel to speculations of games coming to the next generation Apple TV, just days ahead of the device’s expected launch at the big Apple event. As confirmed by Apple to The Verge, App Store editors will run the official fee, as the company plans to populate it with sneak previews of games, tips and tricks, and profiles of talented gamers. 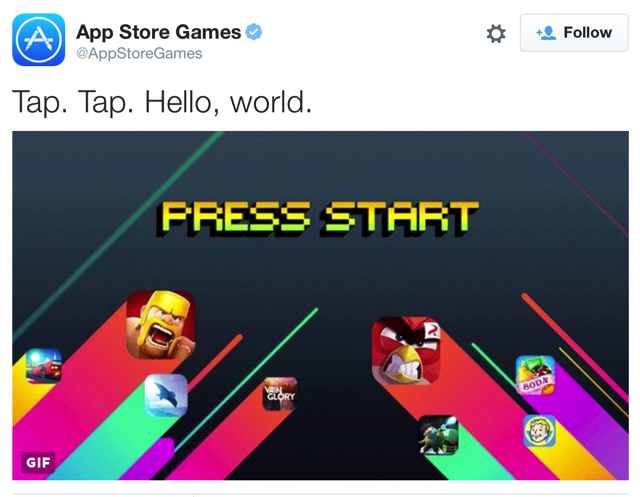 Apple sent out the very first tweet using the new Twitter account earlier this morning including a GIF featuring some of the platform’s most popular games, including Clash of Clans and Angry Birds (shown above). Apple says that the feed will feature more than just the usual picks for app of the week. Apple’s editors will also interact with game developers on the feed, according to Apple.

Let’s hope we hear more about gaming on Apple TV at the forthcoming special event on Sep. 9.