Earlier this year, Apple CEO Tim Cook announced special discounts on Macs and iPads for Apple Store employees, starting from June 2012. Today, the freshly appointed Senior Vice President of Apple Retail John Browett has announced a 3 month advance on employee salary raises, starting from June 30th, who were previously scheduled to see their raises on September 30th of this year according to 9to5Mac. Browett, who joined Apple in April of this year as a successor to Apple Retail pioneer Ron Johnson, made this announcement through a video sent directly to the Apple Store employees. 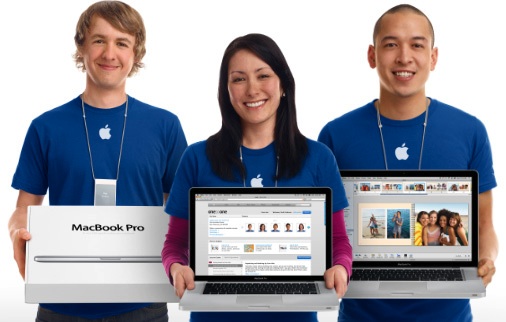 These employee raises are said to work on a “1-5 scale.” Depending on individual store sales performance during a designated time period, employees will be given raises between 1% and 5% of their current salary. This three month advance is apparently a one time internal promotion, so the raises for 2013 will likely come during the later part of the year, not June.

In a letter recently sent to Apple employees, John Browett said, “while our stores are fantastic and our products are amazing, it really is our people who make the difference in creating the best retail experience“.