Tons of stuff is happening today and all pretty fast, thanks to the official iOS 5 launch which is happening later today. Just few minutes ago, Apple’s Newsstand store went live with a new “Store” button appearing in the top right corner of Newsstand iOS 5 app. Most of the magazine apps got updated in the last 24 hours in anticipation of this all new Newsstand store and now it is finally online and available as a dedicated catalog of all digital publications available in the App Store.

Once you download a Newsstand compatible publication, it will ask you to allow push notifications and automatic download of new issues. This background download happens when you’re device is connected to a WiFi network. All Newsstand subscriptions can be managed separately via the Store section of Settings.app. Currently, there is no direct way to access the Newsstand store via iTunes / AppStore except the “Store” button inside Newsstand iOS 5 app. So if you’ve got an iOS 5 device right now, do check it out. Its pretty awesome! 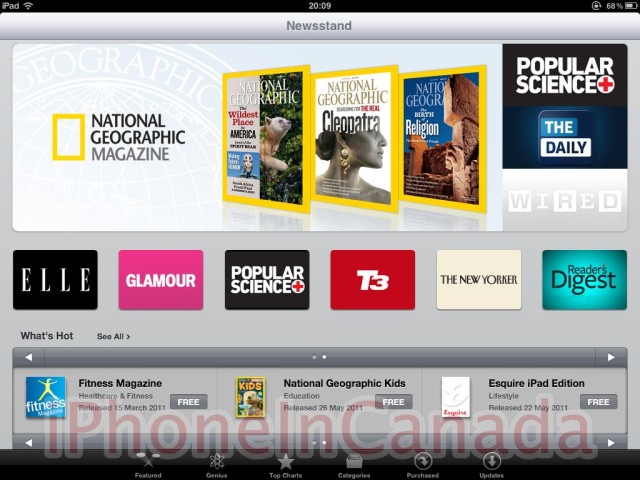