Bloomberg Businessweek covers a story in regards to Apple vs Samsung and predicts how it will play out over time:

Eventually all the competitors will settle up (on confidential financial terms) and get back to ordinary competition. Steve Jobs and Bill Gates didn’t exactly become friends after their software litigation petered out in the 1980s; instead, they leashed the lawyers and focused on new products. Indeed, Apple is Samsung’s biggest customer for mobile-device components; the companies continue to quietly collaborate even as their lawyers bash one another. Unlike his predecessor Jobs, who was intent on defeating Android, Apple CEO Tim Cook has no incentive to crush Samsung.

Part of the article also includes a closer look at some recent patent disputes Apple has had with Samsung, HTC and Motorola. It’s clearly laid out and if you haven’t had a chance to follow what has been happening in the courtroom, it’s definitely worth a look: 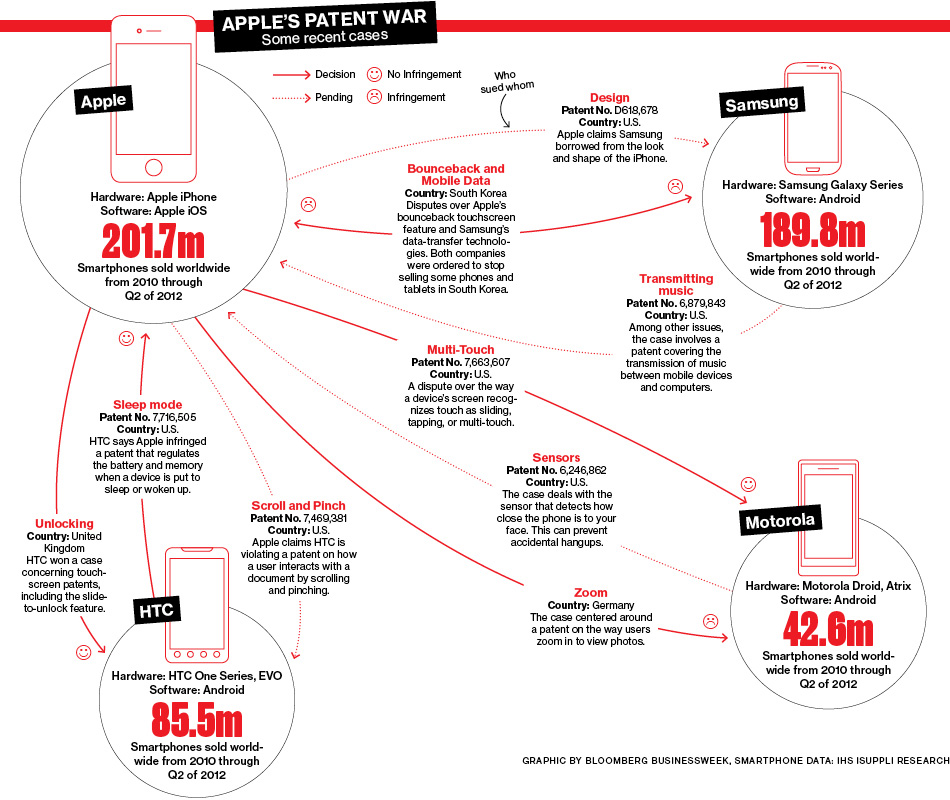 At the end of the day, numbers don’t lie as customers will speak with their wallets. The last line says it best:

And in the long term, the duel between Apple’s closed-garden operating system and Google’s open system (and between the iPhone and its many imitators) will be determined where it ought to be: at retail sales counters in the U.S. and around the world. In the court of capitalism, consumers are the ultimate jurors.