Samsung has filed a petition in the U.S. District Court requesting that all alleged infringement against Apple’s pinch-to-zoom patent be tossed out immediately, while notifying the court of a “final” Office action by the United States Patent and Trademark Office (USPTO) rejecting all 21 claims of Apple’s pinch-to-zoom API patent U.S. Patent No. 7,844,915, reports FOSS Patents. According to CNET, a copy of the documents suggesting the same has also been obtained by MacWorld. 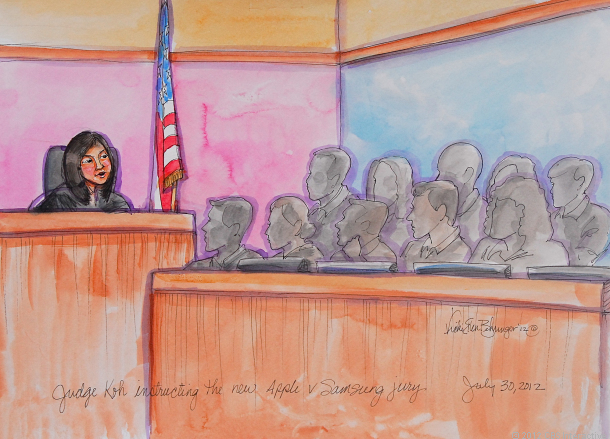 The source points out that the pinch-to-zoom API patent is the most valuable multitouch software patent at issue in the first Apple vs Samsung litigation based on Apple’s damages claims. However, most of the damages in that case relate to design patents rather than software. Furthermore, the patents at issue in the second Apple v. Samsung case in San Jose, scheduled to go to trial next spring, are considerably more valuable than the ones asserted in the first case.

“Apple’s ‘915 patent describes a method by which users can bring their fingers together and separate them to create a zoom-in or zoom-out effect. In the ongoing legal battle over patent infringement, Apple charged Samsung with violating claims made in the ‘915 patent. A jury last August awarded Apple with $1.05 billion in damages and cited 21 of 24 Samsung products that allegedly violated the pinch-to-zoom

In December, the USPTO analyzed the patent again and decided to reject all 21 claims upon reexamination. Apple was able to combat the decision, but if Macworld’s report is correct, that effort apparently didn’t go so well.”

If the court agrees with Samsung’s latest filing, it’s quite likely that the company’s damages would be considerably reduced.

[caption id="attachment_390033" align="aligncenter" width="960"] Image: Microsoft[/caption] Microsoft on Tuesday held an in-person event in Seattle, Washington, where the company announced a number of new AI-centric innovations coming soon to its products (via The Verge). The highlight of the event was Microsoft unveiling "the new Bing," powered by a new next-generation large language model under a...
Nehal Malik
12 mins ago