Apple’s ‘Santa loves Siri’ ad was 2011’s most effective holiday advertisement according to viewer reaction as measured by Ace Metrix, a television advertising analytics company. The ad scored higher than any other brand and also eclipsed every category in creating a human connection. 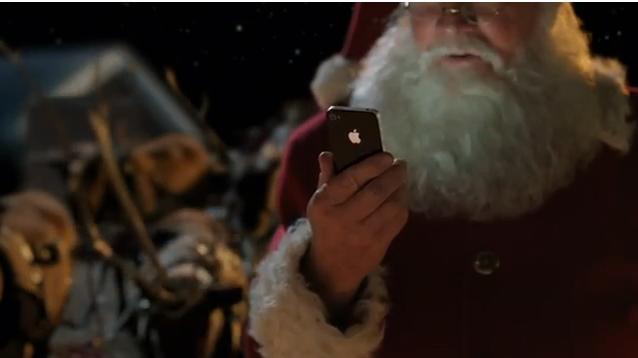 Other ads that did well include Pillsbury, Coca-Cola, Nintendo and Duracell. Santa was featured in 35 ads these holidays, and in each instance those ads performed above their category average. As it turns out, Ace Metrix concludes, “Santa sells”:

“Santa’s negotiating power has increased based on the effectiveness of this year’s top holiday ads. T’was the season of story telling and Santa as Star,” said Peter Daboll, CEO of Ace Metrix of the most effective ads this holiday season.  “It turns out, Santa sells:  there were 35 new ads that featured Santa Claus this season, and each one scored higher than the norm.”

The Apple spot uses short edits to showcase Siri’s functionality. The most notable: Siri’s reporting that Santa has 3.7 billion appointments.

Check out the video here.