Now, it looks like Siri will have some fun when you say “Okay glass”, which is the command to initiate contact with Google Glass. Her responses will be something like: 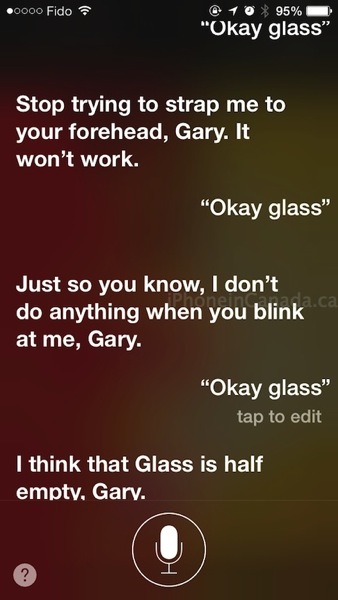 Apple CEO Tim Cook at D11, downplayed Google Glass as a possible trend for wearable technology, instead saying “I think the wrist is natural,” leading many to believe an iWatch is coming.