When it comes to the world of speech recognition technologies there are three main competitors in the market: Apple’s Siri, Google Now, and Microsoft’s Cortana.

The folks at VentureBeat have challenged all three voice assistants to see which company makes the best voice recognition technology for foreign languages. The test includes 18 different questions which were asked in five different languages (English, Italian, French, German, and Mandarin). 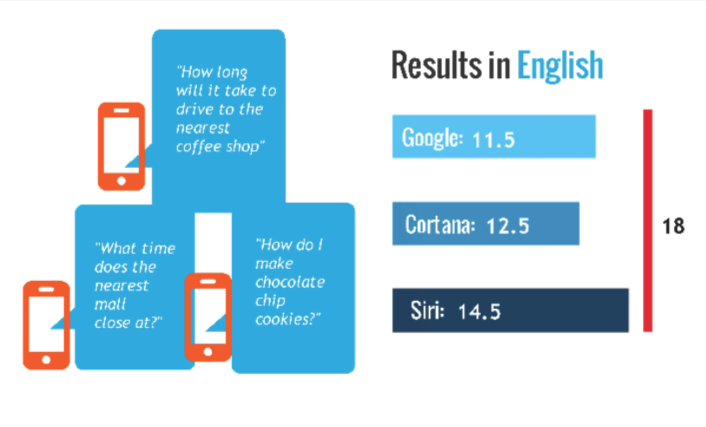 Each question was worth a possible score of 1.0 (answered the question correctly), 0.5 (gave an answer that was not as straightforward), or 0 (failed to understand the question). Here is a table of all scores (out of 18) for each voice assistant: