It’s been less than a year since Apple’s new programming language, Swift, became available to developers. Since its launch, Swift has enjoyed great feedback from the dev community; it has become the most popular app among the devs who have used it. Actually, its growth was anticipated by an earlier January report from RedMonk.

Just after six months of availability, RedMonk — a site comparing the relative performances of programming languages on GitHub and Stack Overflow — has seen an unprecedented growth in usage, jumping to the 22nd spot from its initial 68th ranking.

Now, Stack Overflow is back with a fresh report (via AppleInsider) after surveying more than 20,000 devs, and as it turns out, Swift has become the most loved programming language among developers — who have used it — with 77.6% of them being interested in continuing to develop with it. 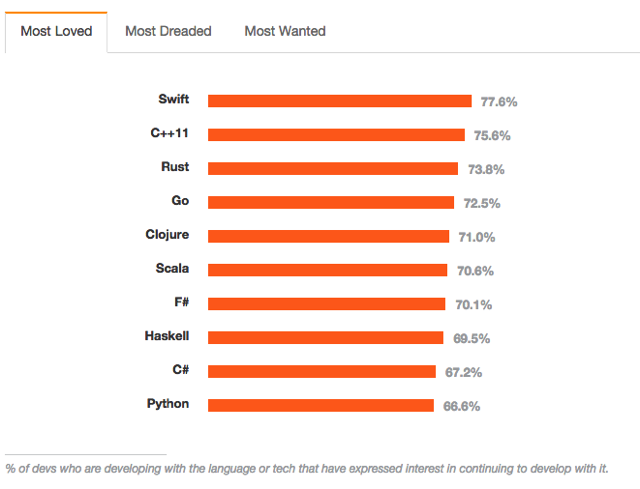 That’s an impressive number, especially when we compare it to the most wanted programming apps: only 8.5% of developers have expressed interest in developing with it, and only 9.4% of devs are interested in developing for iOS. Android seems to have its momentum now, as 17.7% of the surveyed ones want to develop apps for this platform. 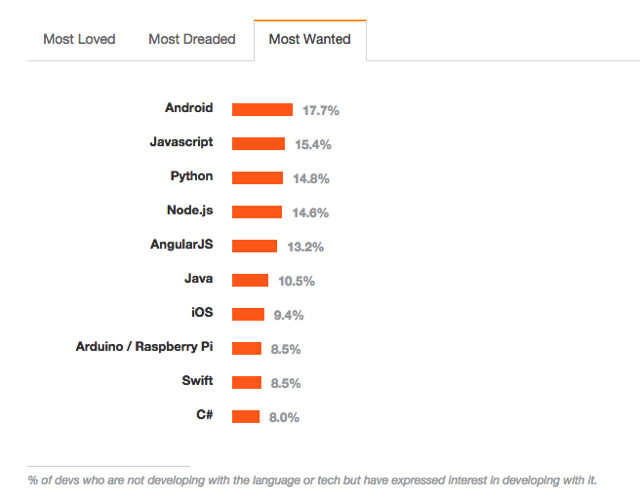 But that’s only until they have a taste of what Swift has to offer; at least this is what the Stack Overflow survey suggests. 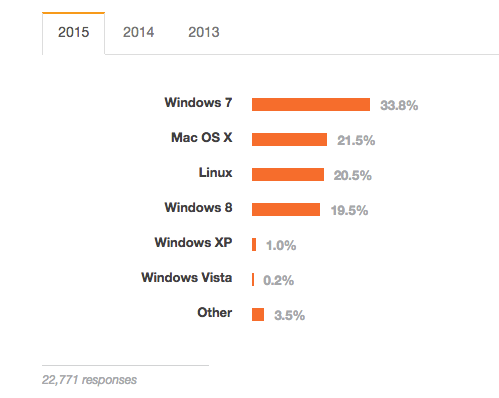 Mac OS X has been the second-most popular choice, with 21.5% using this operating system, far behind Microsoft’s Windows 7, which runs on 33.8% of the devs’ machines.