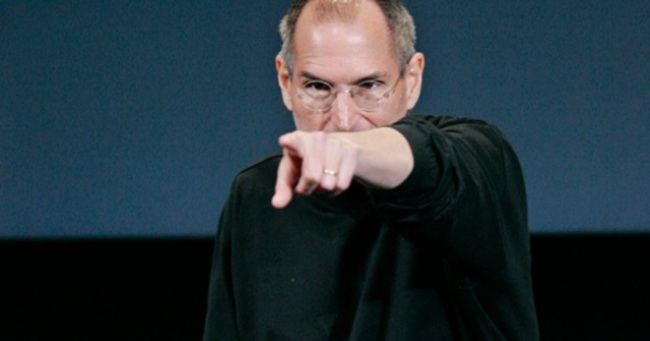 We all know that Apple holds its secrets tight to the chest when it comes to future products in their pipeline. Apple spent years working in secret on the original iPhone, and the iPad was also a surprise to many.

A recent insider-trading lawsuit revealed some details about the lengths Cupertino and Steve Jobs will go to keep new products secret from the world–including its own employees.

Walter Shimoon was a manager at Flextronics International Ltd., and used his inside information to sell to investors. Shimoon was a senior director that had exclusive details regarding Apple’s road map and sales figures.

Bloomberg Businessweek provided some interesting details from the case.

Details about the iPad:

In 2009, Apple told Flextronics about a project known as â€œK48,â€ the codename for what would eventually become the iPad. In October that year, Shimoon shared some of the details with a person who is cooperating with authorities, calling it a â€œvery secretive program.â€

â€œItâ€™s a totally new category altogether,â€ Shimoon said, according to the complaint. â€œAt Apple you can get fired for saying K48 … outside a, you know, outside of a meeting that doesnâ€™t have K48 people in it. Thatâ€™s how crazy they are about it.â€

For example, companies testing the iPad ahead of its release this year had to promise to keep it in a room with blacked-out windows and key-card locks, four people familiar with the matter said in March. Apple also required that the device be tethered to a fixed object.

Details about the iPhone 4 (codename N90 leaked back in May):

During the same call, Shimoon shared information about the next-generation iPhone, code-named N90, with two cameras.

â€œItâ€™ll be a neat phone,â€ he said, according to the complaint. The iPhone 4 sold 1.7 million units in the first three days after its release.

In another conversation in March, Shimoon discussed what Apple had told suppliers to be prepared for with the release of the iPhone 4, according to the complaint.

â€œThey are telling their core suppliers to plan for 6 million a month,â€ Shimoon said.

Details about the iPod nano:

In other calls, Shimoon discussed the iPod Nano, how many units of the music player Apple is manufacturing and its forecast for the remainder of the year.

Getting fired for just mentioning the word “K48”? Now that’s what you call taking secrecy to another level. We know that Apple employs various techniques to keep secrets from leaking out, but it’s definitely harder when you have to reveal details to suppliers. Shimoon certainly has an uphill battle to climb, especially given the details revealed in the case against him. The Apple legal team is licking their chops right about now.

What do you think? Does Shimoon have a chance to get out of this alive? Or should he look forward to spending the rest of his life in jail?