Christmas Day turned out to be one of the biggest moneymaking days ever for Apple and Google as far as app sales go. 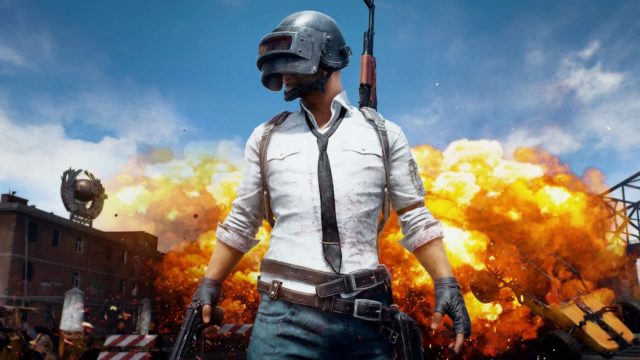 A new report from mobile analyst firm Sensor Tower shows that consumer spending on apps and games totaled almost $5.1 billion USD globally during December — 8 percent more than the same period last year — with around 5 percent of that coming on Christmas Day.

Apple’s App Store accounted for most of the money, taking $193 million USD (70 percent), up 16 percent YoY, while $84 million USD was spent on Google Play, which marks 2.7 percent yearly growth. 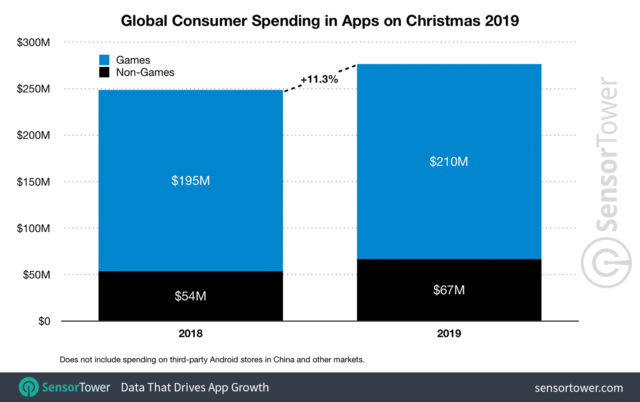 Christmas is always a profitable time for mobile apps and games, mostly due to new device sales, first-time mobile users, and consumers who’ve received gift cards. Even non-game apps saw a 2 percent increase in spending compared to the previous year, making around $67 million. The majority of money in this category — 24 percent — came from entertainment apps such as Disney+ and Tencent Video, though the top non-gaming app for spending was Tinder, with $2.1 million.

Unsurprisingly, the top-grossing mobile game on Christmas was “Player Unknown’s Battlegrounds.” The battle royale game made an incredible $8.5 million USD from in-game spending on the day, up 431 percent from the $1.6 million it made last Christmas.