Two months ago, Apple launched its “Apps for Earth” campaign, where 100% of app proceeds purchases went to the World Wildlife Fund, to help the non-profit organization’s conservation work.

Today at WWDC, Apple and the WWF announced the campaign generated over $8 million in total proceeds, while raising awareness of conservation work among hundreds of millions of people. The ten-day campaign partnered with 24 developers, including major developers like Supercell, Rovio and more.

The announcement was made this morning by Ginette Hemley, Senior Vice President of Wildlife Conservation at the WWF, at WWDC in San Francisco, seen below: 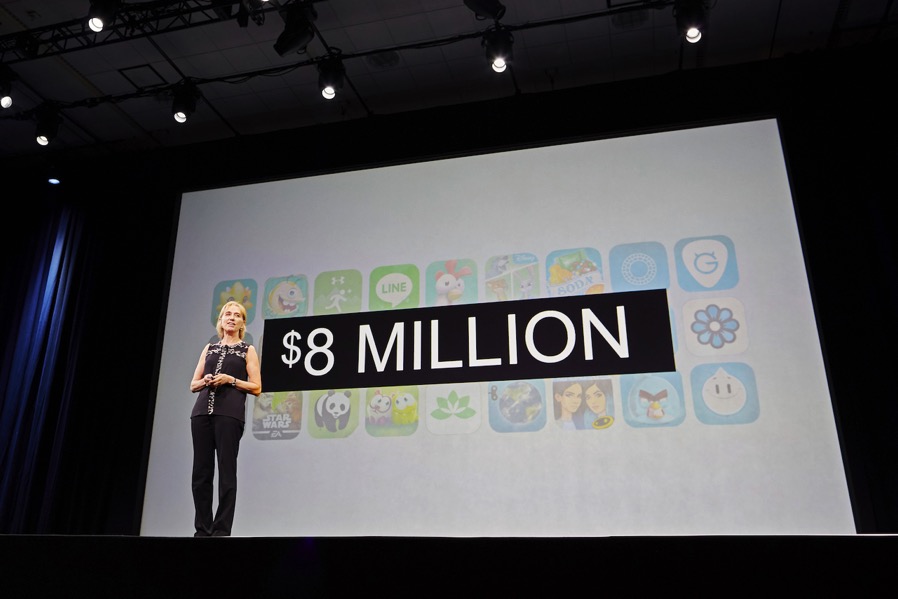 Last year, Apple also partnered with the WWF, in a multi-year project aimed at protecting up to 1 million acres of forest in China, part of ongoing green and sustainability efforts in the region to lower its carbon footprint.