The next iPhone will be released this summer. As always, leading up to the release of any Apple product, there will be so called “leaked” pictures (think of all those iPad pics). Anyways, yesterday iResQ claims to have received iPhone 4G parts and uploaded some pics for the rest of us to see.

One major highlight is that the iPhone 4G front panel appears to be 1/4″ longer than the current iPhone 3GS. It’s hard to say if these are the actual parts from the ‘next’ iPhone. I don’t think Apple’s suppliers would be so careless to let this stuff leak out. Why would Apple want to keep the same hardware design (although the emphasis is on software nowadays) for the fourth generation? 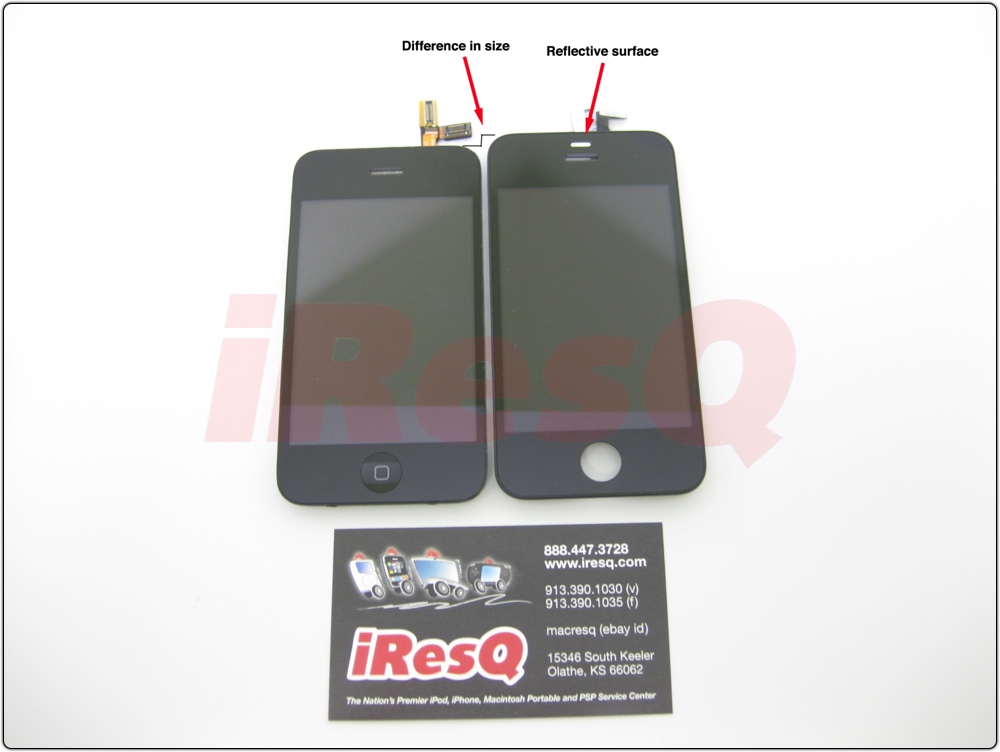 Here’s what they had to say in response to the skeptics out there (including yours truly):

UPDATE: There are a lot of skeptics out there and rightly so. There have been a lot of â€œleakedâ€ photos from various Apple products in the past that have turned out to be parts for another product. Here are the things that we know: a) The phone has not been released yet. Until it is, Apple could change the product design or the parts we have acquired could be prototypes. Since we donâ€™t have an actual fourth-generation iPhone in our hands, we have no way to know for sure. b) We obtained this part as a sample from a reputable source. They have been reputable up to this point, and have provided genuine parts for us in the past.We are a repair company and itâ€™s in our best interest to get samples of these new parts as they become available to us. Of course it is possible that these are not the final design or these are parts for another product completely, but that is not how they have been demonstrated to us. If these parts are not for the fourth generation iPhone, we will obviously not be using them for future repairs when the new iPhones do come out.

I’m going to have to label this story unreliable and false. It just doesn’t seem right that these parts were conveniently supplied to iResQ, and their pictures of the parts conveniently have their business card up front and centre. What do you think? Real or fake?