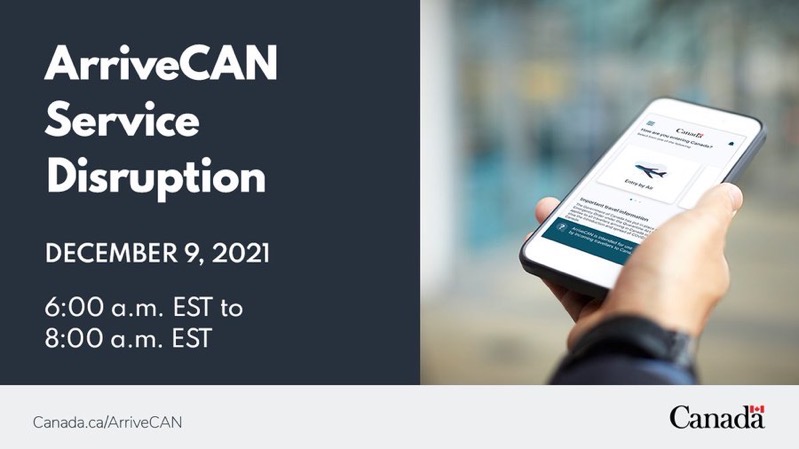 The downtime is part of a “scheduled upgrade” for the app and system. The downtime means travellers won’t be able to access the ArriveCAN app, which is mandatory for all travellers arriving in Canada by air, land, rail or marine vessel.

“We advise travellers to submit your ArriveCAN information before or after the scheduled maintenance time. You can do so through the ArriveCAN mobile app or web platform up to 72 hours before arriving in Canada,” explained the federal government.