In an effort to bring live music experience to Apple stores around the world, Apple has today announced ‘Up Next Live’, a series of musical performances to be hosted in Apple retail stores featuring a variety of up-and-coming musicians, including Bad Bunny, Daniel Caesar, Khalid, Ashley McBryde, King Princess, Lewis Capaldi, and Jessie Reyez. 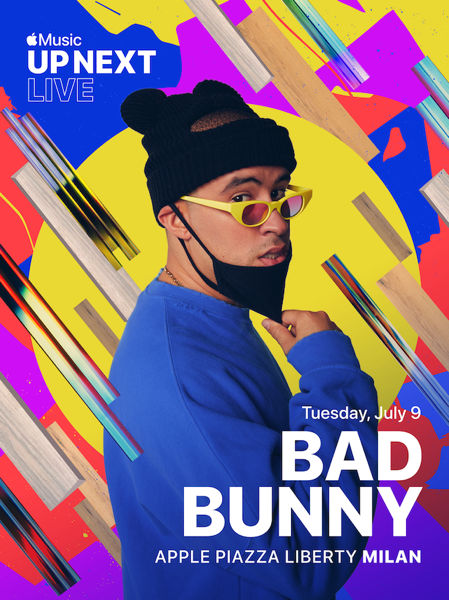 Apple says that each artist will perform for fans in one city, for one night only, for a total of seven shows. All of the artists chosen are a part of Apple Music’s “Up Next” program, which highlights rising artists in the music industry.

“The impact [of being part of Up Next] can be seen in everything, in numbers, in plays, in shows,” said Bad Bunny. “There are a lot of fans that, when I go out in the street in the US, people who do not speak Spanish, I think they will not know me and they stop me, they ask me for pictures and they sing my songs. It helped me very much to make myself known in a market different from mine, not only the USA, but in places where Spanish is not spoken or where perhaps Latin music does not dominate, exposing my music and giving people the opportunity to get to know what I do.”

Below is the complete schedule for Apple’s Up Next Live concerts:

Microsoft has inked a deal that'll see the Call of Duty franchise land on Nintendo hardware for the next 10 years. This agreement comes as Microsoft attempts to quell anticompetitive concerns from UK regulators and Sony as it attempts to acquire Activision Blizzard. Over the past year, Microsoft has been attempting to solidify a $68.7...
Steve Vegvari
58 mins ago