Ashton Kutcher, who has been signed up to portray Steve Jobs in an upcoming indie film titled “Jobs,” appears to be growing hair to look more like Steve Jobs. He believes that the role was meant for him and has already started meeting people who were close to Steve, according to a report by The Daily (via MacRumors). 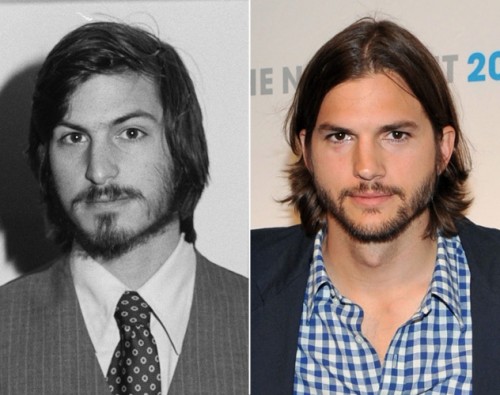 “He (Ashton) is already meeting with folks that knew Steve Jobs. He’s working with professionals to get inside the voice. He’s letting his hair grow out. I understand he’s canceled all meetings and actually canceled all other projects”.

“We decided between 1971, the initial partnership of Steve Wozniak and Steve Jobs, is where we would start and then the bulk of the script remains in the early years of Apple and the recruiting of [former Apple CEO] John Sculley from Pepsi and then of course Jobs’ ousting and a smaller portion is his triumph and his return”.

While the news of Ashton Kutcher in the role of Steve Jobs was met with mixed reactions, Apple co-founder Steve Wozniak appears to be happy with the decision to cast Kutcher:

“The fear that many might have is that Ashton was selected because he’s ‘hot’ right now. But I feel that his selection was done in the most professional manner. And I’m glad that he’s onboard. I think he’ll put a lot into it and that he cares about this particular subject.”

[caption id="attachment_389490" align="aligncenter" width="1400"] Image: Marcus Kane[/caption] As we count down the months to the launch of Apple's long-rumoured mixed-reality headset and, with it, an entirely new product category for the tech giant, we're starting to see more leaks and concept designs pop up. The latest concept renders of Apple's "Reality Pro" AR/VR headset imagine...
Nehal Malik
46 mins ago