Asus announced their new Zenfone 5 today at Mobile World Congress 2018, and the new smartphone resembles an iPhone X knockoff, complete with a ‘notch’ like the latter and a Face Unlock system, an unsophisticated version of Face ID.

On stage, Asus addressed the notch on the 6.2-inch Zenfone 5, saying it has advantages over Apple’s iPhone X, but did not explicitly the company’s name on stage. 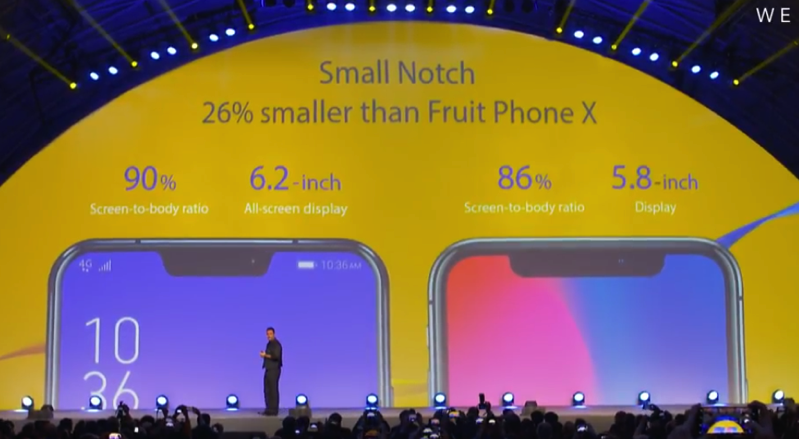 All they said was the Zenfone’s 90% screen-to-body ratio is better than the 86% ratio from its competitor, while the notch is “26% smaller than Fruit Phone X,” an obvious reference to Apple’s iPhone X.

Head to the 47 minute-ish mark below, where Marcel Campos, ASUS Global Marketing Head announces the ‘smaller notch’. He says “Yes, I guess you noticed. We have a notch. But our notch is 26% smaller than the fruit phone–and I’m not afraid to say that!” The awkward audience reaction pretty much sums up their grand ‘notch’ announcement.

According to The Verge, who attended a media briefing before the device’s launch, Asus clarified the ‘notch’ on the Zenfone 5, to say:

“Some people will say it’s copying Apple,” said Marcel Campos, Asus’ global head of marketing, “but we cannot get away from what users want. You have to follow the trends.” 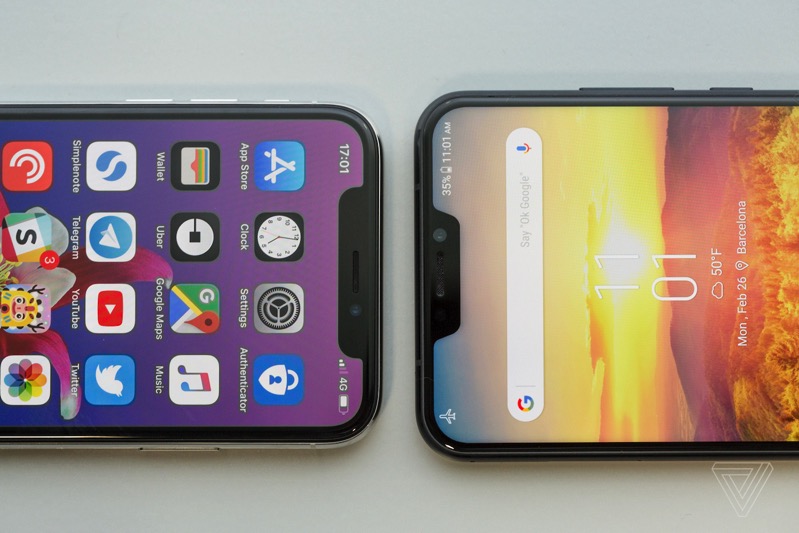 iPhone X vs Zenfone 5; image via The Verge

The Zenfone 5 and its 6.2-inch LCD display also has an automatic colour adjustment feature, similar to Apple’s True Tone, plus a sensor to keep the screen on when a user is looking at it, dubbed AI Display.  There’s a feature called Face Unlock, but there’s a fingerprint sensor on the back of the phone.

The new Zenfone 5 will debut in April, while subsequent models are slated for the summer.