AT&T Memo: iPhone 3G Is Officially Out of Stock

Oh, and we’ve even seen the next iPhone! So what’s left to see?

Well, it looks like AT&T this morning wants to add to the overwhelming amount of evidence that the iPhone 3G is gone and a next generation iPhone is imminent.

AT&T apparently sent out an internal company memo to AT&T retail employees notifying them that the company is out of stock of the 8GB iPhone 3G.

iPhone 3G 8 GB is Out of Stock

Effective immediately, iPhone 3G 8GB is Out of Stock. Please refer all customers to iPhone 3GS 16 GB and 32 GB models.

FAQ:
Q: When will we receive inventory for iPhone 3G 8GB?
A: At this time, we do not know when more iPhone 3G 8GB will arrive.

Q: Are there any iPhone 3G 8 GB available in COR if my customer can purchase there?
A: Check with your local COR stores to see if they have any inventory available.

The memo seems to be directed at AT&T authorized retailers permitted to carry the iPhone and refers those employees to contact local company-owned retail stores (COR) to check for any remaining stock of the 8GB iPhone 3G.

In any case, Apple is expected to introduce the next-generation iPhone at its Worldwide Developers Conference (WWDC) beginning next week on Monday June 7, 2010. 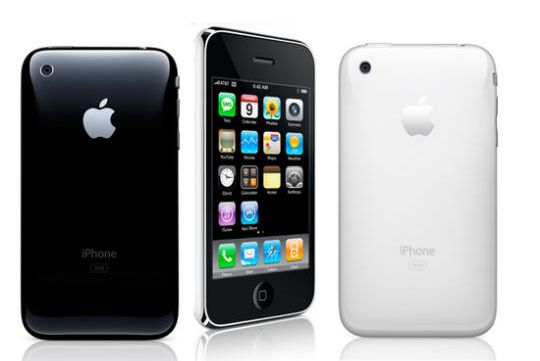