It seems that AT&T has provided some insight on when the next iPhone, affectionately called the iPhone HD, may be released.

This week, AT&T, the exclusive wireless carrier of the iPhone in the USA, has began to roll back upgrade eligibility dates for current owners of the iPhone 3GS.

What this means is that if you are with AT&T and purchased an iPhone 3GS at launch last year, or some time during an undisclosed time period from June 2009 to whenever, AT&T will allow you to upgrade early to the new iPhone due this summer 2010.

Normally AT&T customers have to wait at least one year or more before being able to upgrade, but as a current iPhone 3GS owner, AT&T is allowing early upgrades. In the example circulating various iPhone reporting sites, many AT&T customers have had their upgrade dates rolled back to June 21, 2010 instead of November 2010.

Since AT&T is targeting iPhone owners and rolling back the upgrade date to June 21, 2010, this presumably marks the day or week for the release of the next iPhone, as iPhones are typically released on Fridays.

This type of action by AT&T is not a mystery to Canadians, as both Rogers and Fido rolled back the upgrade dates for, at the time, current iPhone 3G owners.

If you purchased an iPhone 3G between its launch date in July 2008 to September 2008 from Rogers or Fido or had at least 6 months of tenure as a Rogers/Fido customer up to the launch of the iPhone 3GS (so you were a paying customer from December 2008Â  – June 2009), the wireless carriers allowed those customer to upgrade early, at promotional pricing, to the iPhone 3GS.

During this time frame of early upgrades, Rogers/Fido would also launch their famous $30 6GB data plan to further sweeten the deal.

Once Apple releases a definitive release date for the next iPhone, we can expect Rogers/Fido to make similar upgrade roll backs for current iPhone 3GS owners. 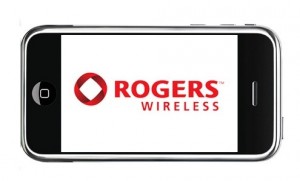