AllThingsD’s Kara Swisher won’t let people forget their exclusive scoop of an October iPhone 5 launch, and now according to BGR, their sources have mentioned AT&T’s Vice President has confirmed to employees the iPhone 5 is coming in early October, coinciding with a former report from TiPB.

One of our high-level AT&T sources just informed us that an AT&T Vice President has confirmed to several employees that the iPhone 5 is slated to launch in early October.

The Loop commented on BGR’s report with a “Yep”, providing credence to this rumour. Jim Dalrymple is well-connected with Apple sources, as he’s debunked rumours in the past. Not only that, his review of the latest MacBook Air is only one of a couple that made it onto Apple’s website:

MacBook Air Sets New Notebook Standard
July 28, 2011
Reviewer Jim Dalrymple writes in The Loop that the new 13-inch MacBook Air combines all the capabilities required for doing day-to-day work with optimal screen size and resolution. Dalrymple also praises the deviceâ€™s spacious keyboard, â€œamazingâ€ battery life, and pre-installed OS X Lion. He concludes: â€œThe 13-inch MacBook Air is the computer that all other laptops will be measured against. It has power, portability, and a sleek design that is only matched by other MacBooks.â€

Previous rumours of an iPhone 5 launch in Canada have included an October 1 launch coming from Telus, and Rogers employees undergoing ‘pre-launch training’. If you’ve been waiting to purchase an iPhone 4, now is the time as Telus and Bell have lowered prices to $99, a move most likely to clear out stock in anticipation of the iPhone 5. 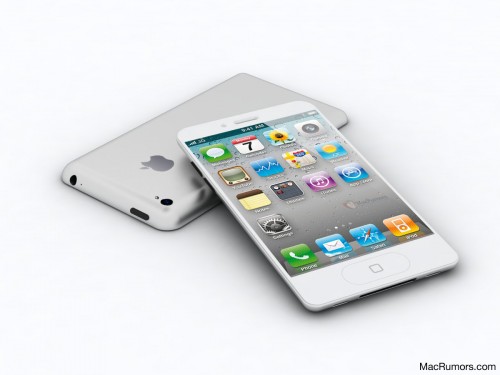