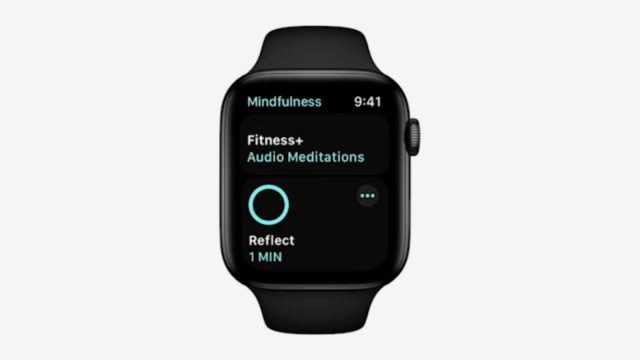 According to a new report from MacRumors, a now-removed image from WWDC reveals that Apple is planning to add Audio Meditations for Apple Watch users to the Fitness+ subscription service that launched last December.

During Apple’s Platforms State of the Union video for WWDC 2021, an image of an Apple Watch showing a yet-to-be-announced feature appeared. The updated version of the video removes the image and replaces it with one of the new Mindfulness app.

“Apple has now attempted to hide its plans for Fitness+ Audio Meditations by uploading a wholly new Platforms State of the Union video that removes the implicating image, replacing it with a generic image of the Mindfulness app,” reads the report. “MacRumors was able to verify that Apple revealed the feature in the original video.”

Unlike the Apple Watch-exclusive Time to Walk feature that’s included inside the Workout app, these new Audio Meditations look set to be integrated directly into the Mindfulness app, known as the Breathe app on past watchOS versions.

It’s unclear when Apple plans to release Audio Meditations on Fitness+, but the feature’s appearance alongside watchOS 8 material suggests that it could be on the hold until the redesigned Apple Watch Series 7 debuts in the fall.