If you have been looking for an external battery pack that can charge your iPhone, iPad and other USB devices, Aukey’s 10,000mAh portable Power Bank charger is on sale on Amazon.ca at $19.99, which is 60% off and its lowest price ever, according to price tracker CamelCamelCamel: 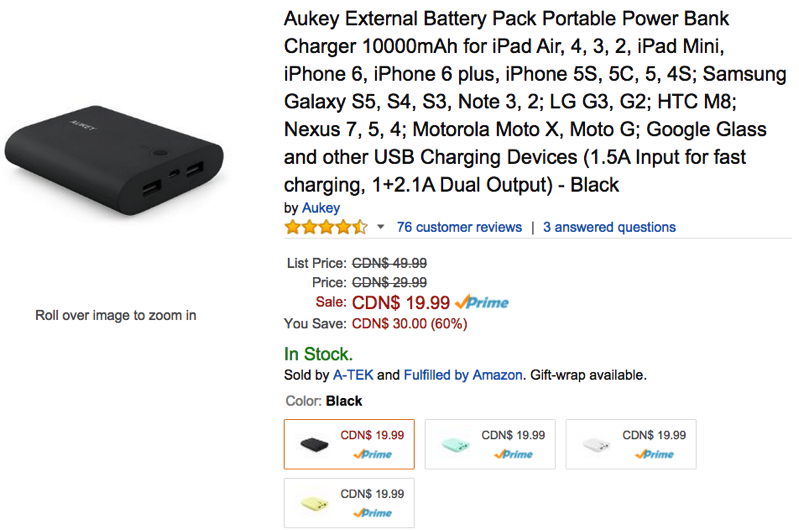 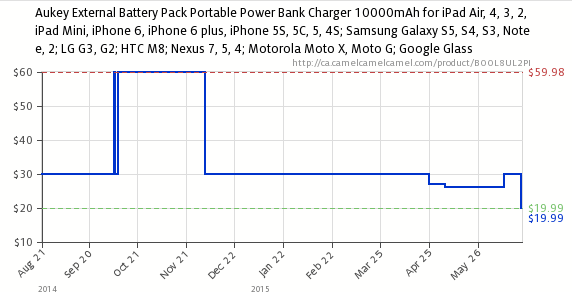 The Aukey Power Bank is available right now in four colours and is fulfilled by Amazon, which means free shipping if your order is $25 or higher and also eligible for Prime. It also means easy returns too if you’re not happy with it. 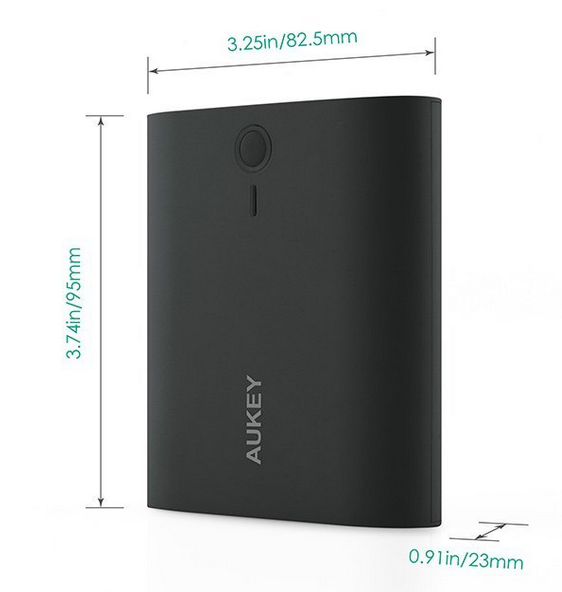 This unit has dual USB ports that can bring 1.5A and 2.1A output, allowing you to quickly charge higher capacity devices such as the iPhone 6 and iPad. There are LED lights to let you know how much juice is left within its lithium-ion battery cells. So far, reviews are pretty decent for this charger.

If you always need to stay juiced up, this portable battery pack will make sure you never run out of power ever again with its massive capacity. You’ll need one of these for camping this summer, surely. The deal was posted on RedFlagDeals so you should act quickly before it sells out!

Click here to jump on the Aukey 10,000mAh Power Bank while it’s still available. Another pack RFD forum members are considering is Aukey’s 12,000mAh version also on sale for $25.99 and shipped free.

Calgary resident Matthew Legault and his father, François Legault, claim Amazon Canada refused to refund them after delivering a knockoff Nvidia graphics card worth $690 earlier this year (via the CBC). Matthew's parents ordered him parts for a personal gaming computer from Amazon.ca. While all of the other parts were fine, Matthew discovered after unboxing...
Nehal Malik
39 mins ago