Australian tech site Delimiter is reporting that the New South Wales police force has adopted the iPads to retrieve driver history, photos, vehicle specifics and license information from police computer systems, as part of a four-week trial (via TUAW). So the next time you get stopped for a traffic violation in Australia, don’t be surprised to see the officer pull out an iPad. 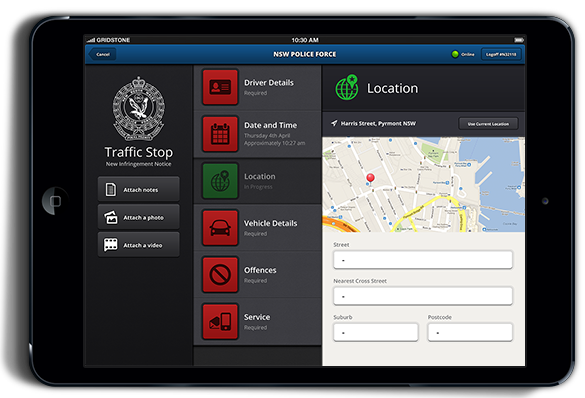 According to the report, the 4G/WiFi-ready iPad minis running “Mobile Notices” app are locked down and can be wiped if any unauthorized access is attempted. Lembit Pikkat, director of Grindstone who have developed the app, says that no information gathered by the remote officers is stored on their iPads. Instead, it’s all sent to the central police database for secure storage. Using the iPads, officers can also issue a PDF of the ticket to the driver, via email or text, delivered immediately if the officer has network coverage.

“If the trial is a success and the app fully deployed, it will give NSW Police the opportunity to spend more time on frontline policing and less on administrative tasks back at the station — which will have a positive impact on both road safety and officer effectiveness,” according to Superintendent Karen McCarthy. The idea for Mobile Notices was proposed and developed in part by frontline officers.

The expected savings from Mobile Notices have been estimated 240,000 police hours and $1.2 million per year.