Less than a month ago, Apple acquired fingerprint sensor maker AuthenTec for $356 million, an acquisition that surprised many, except for SeekingAlpha. They predicted AuthenTec to be the perfect fit for Apple as a mobile wallet payment system, based on an earlier NFC patent noted by Patently Apple that revealed the possibility of where such a biometric slit could appear on a future iPhone.

The Next Web pours over a recent SEC proxy statement filed by AuthenTec, and within the document it reveals just how quickly Apple wanted to acquire the company. The speed at which Apple wanted to snap up AuthenTec further hints we could see biometric technology sooner rather than later due to “product plans and ongoing engineering efforts:”

As a result of its focus on timing, Apple’s representatives also informed the Company that Apple would not participate in an auction process and would rescind its proposal if the board decided to solicit alternative acquisition proposals for the Company. Mr. Ciaccia responded that he would convene a board meeting to discuss the proposal and would revert to Apple with the board’s position on Apple’s proposal.

…and here’s the part where it notes Apple wants to commercialize AuthenTec’s fingerprint sensors:

It was noted earlier Apple had purposely delayed its mobile wallet ambitions only to create Passbook instead. We’ve seen evidence of an ‘iWallet’ possibility based on recent trademark filings in Canada for Passbook.

Okay, so Apple wants to implement this technology into a future device–that’s obvious, isn’t it? What is interesting here is the speed at which Apple has pushed AuthenTec to close a deal so they can use their technology. How will Apple introduce AuthenTec’s technology into an iPhone or iPad? Embed the biometric strip into the home button, have it beside the button, on the sides of the device or on the back? 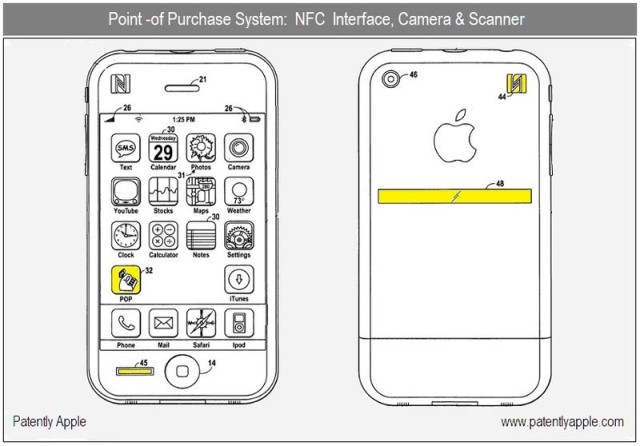