On Tuesday Autodesk is expected to announce the return of AutoCAD to the Mac. The announcement is also expected to deliver an iPhone app.

AutoCAD has been off the Mac platform for over 15 years and the new return could help Apple in sustaining Mac momentum among business and consumer buyers.

Autodesk has estimated that over 10 million users use the AutoCAD design software around the globe and Mac customers have been asking for AutoCAD for many years.

The mobile application version of the design software is called “AutoCAD WS” and is said to allow users to view AutoCAD designs and make minor changes. As a bonus, the app is free!

The Mac OS X version of AutoCAD is expected to be released by the end of October 2010. 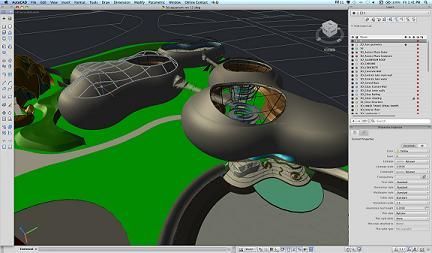 [caption id="attachment_389903" align="aligncenter" width="1146"] Image: Uber[/caption] Uber today announced the launch of UberX Share in Toronto, Vancouver, and Montreal, bringing shared rides back to these cities after UberPool was discontinued in 2020 due to the COVID-19 pandemic. "Shared rides have long been a rider favourite, from the spontaneous singalongs to meeting new friends and other...
Nehal Malik
60 mins ago