According to Andrew Sedor, a transportation planner with the City of Calgary, a new pilot program launching later this year will allow Calgarians to test-ride self-driving, electric shuttles for free (via CBC News).

Similarly, a second pilot program will be launching in Edmonton this fall, offering free rides of these autonomous, electric shuttles, said Stephanie McCabe with the City of Edmonton, making it the first time in Canada that this kind of pilot programs have been made accessible to the general public. 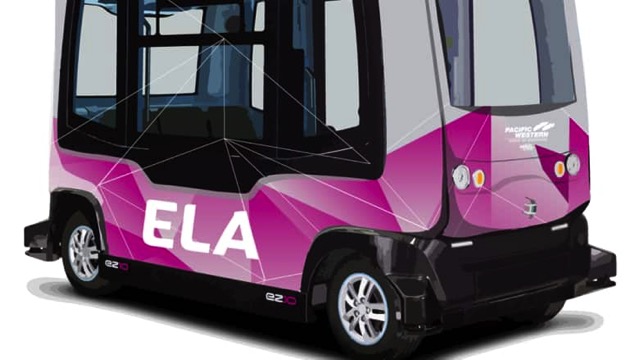 The free shuttle will run between the Telus Spark Science Centre and the Calgary Zoo along a service lane in Calgary, whereas the Edmonton route will be announced once it is approved by Alberta Transportation later this summer. The pilot projects will operate for up to one month, but may be extended depending on user feedback.

Dubbed the “ELA,” the EasyMile EZ10 will seat 12 and will travel at low speeds — roughly 12 km/h — and on separate roadways where there are no other vehicles, bicycles or pedestrians.

The ELA, which is made by the French company EasyMile, is fully electric and has no steering wheel. It uses 3D mapping and localization data from four sensors and additional video cameras as it steers itself. This particular vehicle has been tested in 20 countries on four different continents, and is in permanent use in both Singapore and Arlington, Texas.

The electric vehicle can also connect to a 4G network, which allows for remote supervision and data monitoring by both Pacific Western Transportation and researchers at the University of Alberta and the University of Calgary.