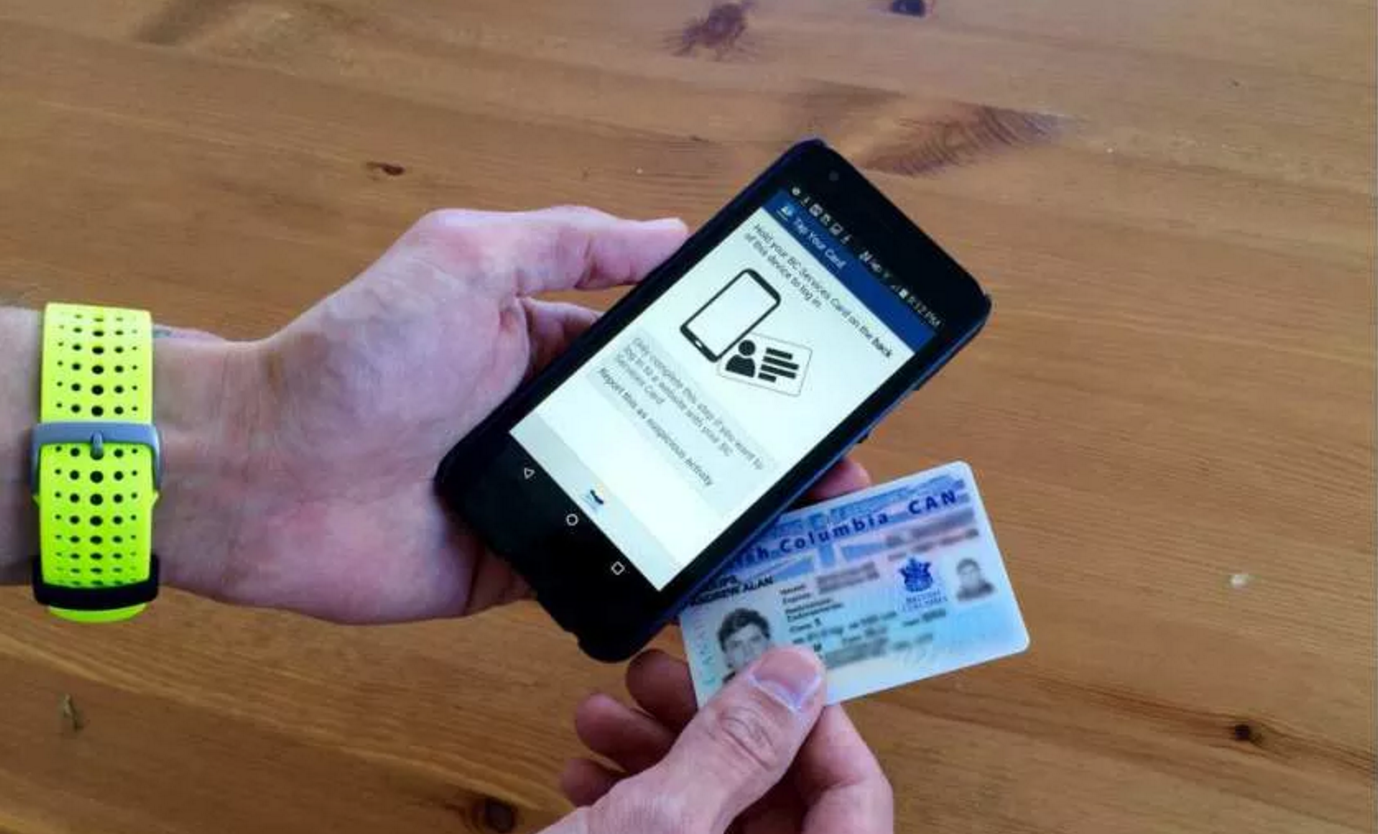 New technology developed by the government of British Columbia will allow residents to use their driver’s licenses to access public services.

The government is developing an app that will allow people to tap their new high-tech driver’s licences against their smartphones to authenticate their identity. This will allow them to securely login to various government websites and services. In an interview, B.C. chief information officer Bette-Jo Hughes said:

Hughes said the goal is to one day have a system that allows residents to tap their card, enter a PIN number, and instantly access secure government websites, like their eHealth medical records.

The new high-tech card, which is a part of a $150 million project, combines a driver’s licence and Care Card into one piece of ID. The card contains a chip, much like those used by debit cards, to store various information about the resident.

The province has distributed 3.4 million cards to date and plans to have full enrollment within the next year.

SaskTel is partnering with South Saskatchewan Ready (SSR) to bring the infiNET service to four communities in Southern Saskatchewan. The partnership will expand the SaskTel infiNET service, Saskatchewan’s largest fibre broadband network, to the following communities: Bengough Coronach Rockglen Willow Bunch The project is being facilitated through SaskTel’s Community Participation Program, which has been utilized by over...
Usman Qureshi
13 mins ago

Despite engineering delays, Apple is said to be continuing work on full reverse wireless charging support for the next-generation iPhone (via 9to5Mac). (Concept image: via EverythingApplePro) Citing sources familiar with the matter, the report notes that Apple was expecting to introduce the feature with the iPhone 14 Pro, but it missed the deadline. However, the...
Usman Qureshi
25 mins ago