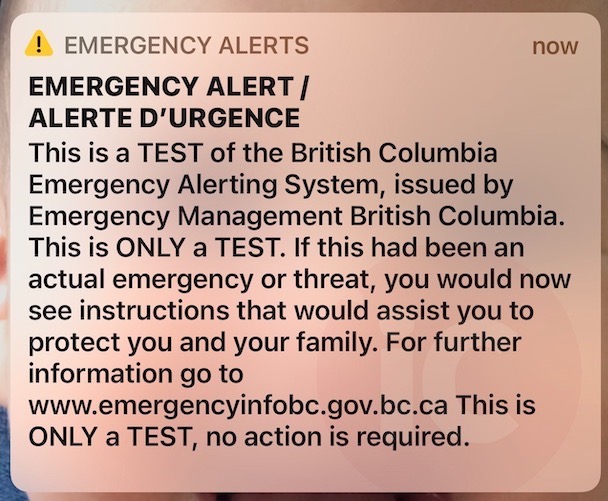 British Columbia sent out an unannounced emergency alert to wireless devices about 15 minutes ago, freaking out pretty much everybody.

The previously announced alert already happened on May 5 at 1:55pm PDT, but this one that happened at 12:15pm PDT, caught everyone off guard.

“If this had been an actual emergency or threat, you would now see instructions that would assist you to protect you and your family,” it goes on to explain.

Did you get this emergency wireless alert just now?

Today’s Alert Ready test was an accidental re-broadcast of last week’s test due to human error.

Update: Emergency Info BC says the test was accidentally sent out again “due to human error”.