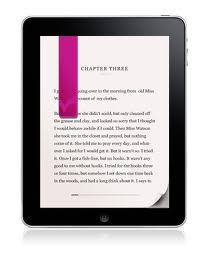 With a show of hands: how many of you are the de facto dedicated technical support person for every electronic device that your parents own? If this describes you, the news that Canadian baby boomers are embracing the Internet, new media and mobile devices may come with mixed emotions. Truth be told, it’s about time.

A recent Ipsos Canadian Inter@ctive Reid Report indicated that baby boomers (those aged 46 to 65 or born between 1947 and 1966) are only trailing 10% behind younger generations with 89% taking advantage of emerging technologies (though they do seem to prefer tablets as their use of smartphones is still lagging 20% behind with an adoption rate of only 29%).

“It’s clear that Canada’s Baby Boomer generation is not taking to new media and technologies at the same rate or with the same commitment as the younger generation of Digital Natives. However, we are seeing online Boomers becoming more comfortable as their adoption of new devices is trending upwards.”

What many may find interesting is that these baby boomers aren’t tending toward changing their (now) antiquated way of doing things but rather they are choosing to use these innovations to supplement them. So basically, you can’t expect your parents to use their iPad to watch their favourite television program, but chances are good they will catch the latest viral ‘cute kitten doing something ridiculously funny’ video on YouTube.

The moral of the story? You should start preparing for how you will answer your mother’s panicked call regarding how to conquer level 36 in Angry Birds Star Wars.

Back in October, Apple confirmed its head of hardware design, Evans Hankey, was departing from the company after just three years of replacing the famed design chief Jony Ive. Now, Bloomberg’s Mark Gurman reports Apple won’t be replacing the coveted design chief role, but instead having its entire team report to the company’s chief operating […]
Gary Ng
27 mins ago