The handy SHSH blobs extraction tool a.k.a TinyUmbrella has just been updated to version 5.1.00 which adds iOS 5.1 beta 1 support. The latest release of TinyUmbrella is now available for download for both Mac OS X and Windows platforms. Until now, there is no way to downgrade back to an iOS 5.x firmware even with SHSH blobs available, but it is recommended that you still save all your iOS devices’ SHSH blobs in case you need them in future. 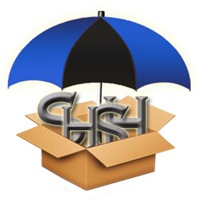 Here is what @Notcom, the developer of TinyUmbrella has posted on his website regarding the update:

“Before you ask; Yes a solution for the 5.x firmware nonce is being investigated… None of us have a working solution yet though. Hang tight.

I have a couple trails and ideas I am trying out for 4.x baseband based restores to avoid 10xx errors. Until then save your signatures as you will never know when they may come in handy…”

You can download the latest TinyUmbrella using the following official links: