iPhone 5 owners looking for a hard case, Amazon.ca has a deal right now from American case maker Ballistic. The Hard Core series case has been slashed by 85% and is currently available for $9.14, down from its MSRP of $59.99. All five colours are available at this price. 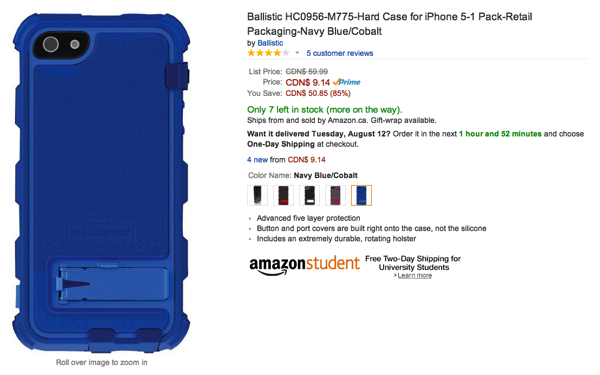 These cases come with five layers of protection, with button and port covers built right into the case (not just silicone) and comes with a 180 degree rotating belt-clip. There is a built-in screen protector and water resistant mesh for all speakers, to ensure dust-free protection. The company says it has a drop test certification rating from 12 feet. There’s also a built-in kickstand too. 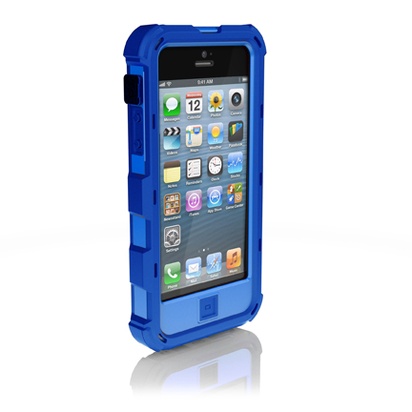 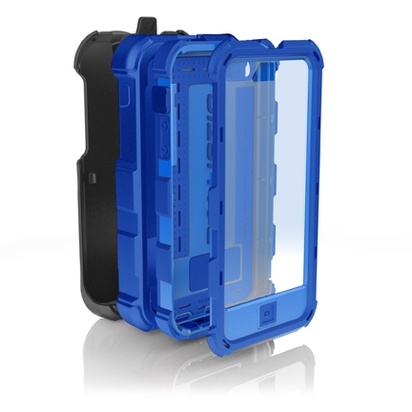 If you work in an environment where your iPhone 5 needs to be protected, this might do the job for only $10.

Click here to jump on this deal while it’s still available (it was posted on RFD so it won’t last long!).