In a new investors note from Barclays analyst Ben A. Reitzes, the British banking giant has raised its price target for Apple shares by 17% to $140 from $120, in the light of increasing customer demand for iPhone 6 / iPhone 6 Plus, the introduction of the Apple Watch as well as the unveiling of new services like Apple Pay, AppleInsider is reporting. 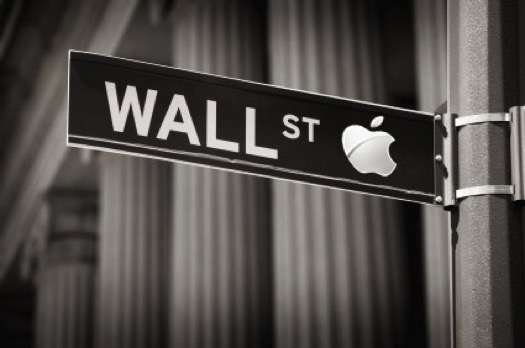 Reitzes says that Apple’s share price is strongly correlated to its margins, and the new releases will increase those margins going forward. He believes that  current margin estimates “fail to properly account for the record-setting sales pace of the iPhone 6 series”. Furthermore, Reitzes sees the Apple Watch as a “high-margin” device, though it is unclear whether that is based on the announced pricing for the Sport model or on projections for the cost of the Apple Watch and Apple Watch Edition versions.

“The iPhone 6 was the top seller at each of the big four U.S. carriers in November, while the iPhone 6 Plus swept second place. Expectations for Apple Watch sales run the gamut from bearish to bullish, though Swiss bank UBS recently predicted that the Cupertino company could move as many as 24 million of the devices in fiscal 2015.

Reitzes cited Apple Pay and other “soon to be announced” digital services as sources of relatively low-overhead recurring revenue that would boost margins.”

It is likely that the analyst may be hinting by “other services” at the rumored rebranding of Beats Music.