BBM for iOS Gets Video Calling in U.S. and Canada 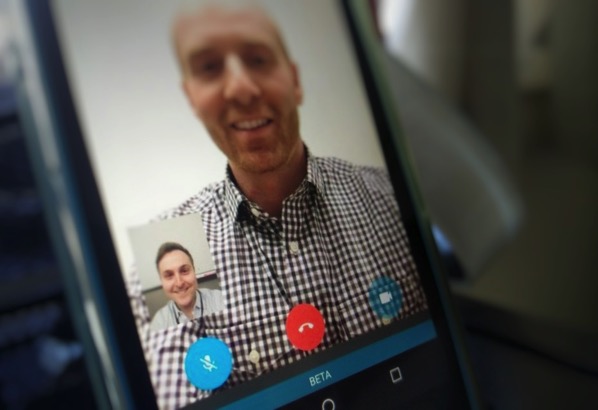 BlackBerry has just announced the introduction of video-call feature in its BBM messaging app for iOS, though the feature is currently limited to the U.S. and Canada, VentureBeat reports. The beta feature, which is now available as part of the latest version of BBM for iOS in the App Store, will begin rolling out to BBM users worldwide in later half of the year.

Please note we’re initially limiting availability because this is the first time we’re launching BBM Video calling, and we want to monitor performance, gather feedback, and iron out any kinks that may arise before we roll it out globally.

There’s no sign-up or approval required to use the feature. When you tap the icon to initiate a call with one of your BBM contacts, BBM will ask whether you want to make a voice call or try a video call with the beta feature (provided your contact is also eligible to participate).

BlackBerry notes that the ability to make video calls in BBM will help businesses by helping people put faces to names, virtually meet job candidates, make decisions in real time, and save tremendously on travel expenses. The feature is equally important for personal calls, as it bridges the distance with our loved ones, like helping grandparents see their grandkids grow.

While BBM video calling feels like it’s coming a little late in the day, people who still use BBM and have friends on iOS and Android will no doubt consider it a welcome addition.