BBM For iOS & Android Rumoured To Release On Sept. 20th

Blackberry’s long overdue BBM app for iOS, that was offered to select beta testers last month and was reportedly submitted to Apple for approval a few weeks ago, is now rumoured to release at a BlackBerry event scheduled for Sept. 20th in Jakarta, Indonesia (via CrackBerry). An apparently official invite to the “BBM For Everyone” event is shown below. 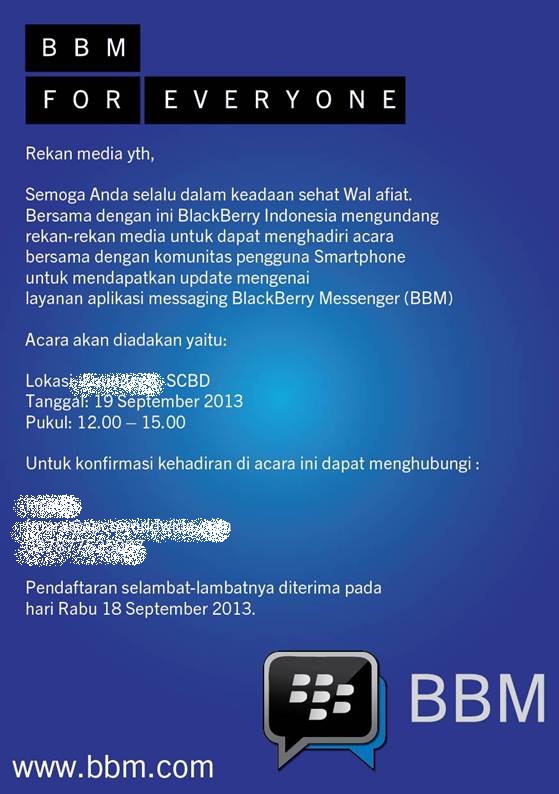 Furthermore, CrackBerry has received a number of emails from reliable sources that suggest the date is indeed correct. Here’s how it’s all going to go down by order of launch timing:

Head of the BlackBerry Software Portfolio Vivek Bhardwaj has previously announced that the BBM app will only work on iPhones running iOS 6 or higher, while not ruling out a potential BBM iPad app in the near future.

Twitter Blue has once again been working on bringing its edit button to the fold. In a new tweet, the premium subscription of the social media platform shows off how the edit function will work both in terms of the user tweeting as well as the general audience seeing the changes. Earlier in September, Twitter...
Steve Vegvari
22 mins ago