BC Hydro EV App for iOS, Android Gets Major Redesign

As reported by the folks over at Tesla North, the official BC Hydro EV app that lets electric vehicle owners charge on the BC Hydro, FLO, and ChargePoint networks across the U.S. and Canada, has just received a major redesign. 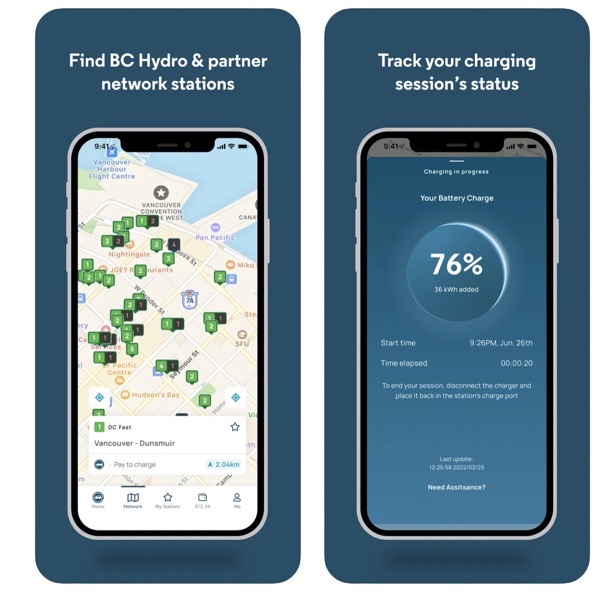 The revamped app introduces new features that make it easier for customers to add funds to their account, plan their route, and quickly search for compatible chargers near their location.

Using the BC Hydro EV app, you can also activate charging stations, order and manage your RFID cards to activate a station, add funds to your card, and even see your charging history. The app also supports Apple Pay for loading funds to the account.

In an email, BC Hydro said it recently added a new charging station in Fraser Lake, offering two pull-through chargers to accommodate larger vehicles and trailers, calling it “a first of its kind in our network.”

“Our app is designed with EV drivers in mind. We’ve partnered with one of North America’s leading charging network providers, to deliver the best charging experience for our customers,” says B.C. Hydro.

Currently, there are over 70 BC Hydro charging stations in the province.