A Canadian civil liberties group has published an online “guide” offering some sobering advice about digital privacy for people concerned about border agents searching their devices. 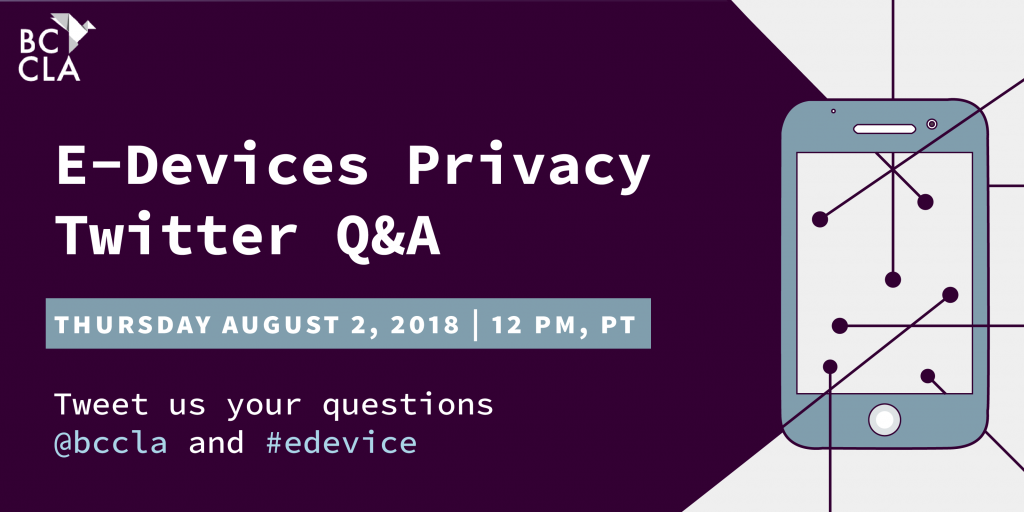 The B.C. Civil Liberties Association (BCCLA) and the Canadian Internet Policy and Public Interest Clinic have released a handbook on how to protect your privacy when crossing back into Canada. The handbook advises people to be prepared by encrypting and storing data — but also to be aware that there are no guarantees that will protect your information.

According to the handbook, the Canada Border Services Agency (CBSA) has the right to search goods without a warrant and considers phones and devices “goods,” similar to a suitcase or other personal item.

CBSA policy does, in fact, place strict limits on how thoroughly border officers can search one’s phone if they have no reason to suspect anything, so the handbook recommends encrypting one’s data, backing it up remotely, and enabling a form of two-factor authentication.

According to the handbook, the CBSA also has tools that enable them to copy one’s phone’s data completely through means of software, which can also unlock the phone’s password.

“Canadian courts have found that the government has an interest in controlling what and who comes into the country, so the rights to privacy that we enjoy within Canada’s borders do not exist at the border itself,” the guide reads.

Canada’s public safety minister, Ralph Goodale, says the CBSA, by policy, does not routinely examine the contents of cell phones or other electronic devices. However, if there are “multiple indicators that evidence of contraventions may be found on a device,” a traveller could be pulled over for a search of their persons or devices.

In the end, the guide says most people whose devices are searched are not chosen at random. Border officers tend to target people who have been previously identified as high-risk travellers and those suspected of carrying illegal materials like child pornography and hate literature, according to the BCCLA.