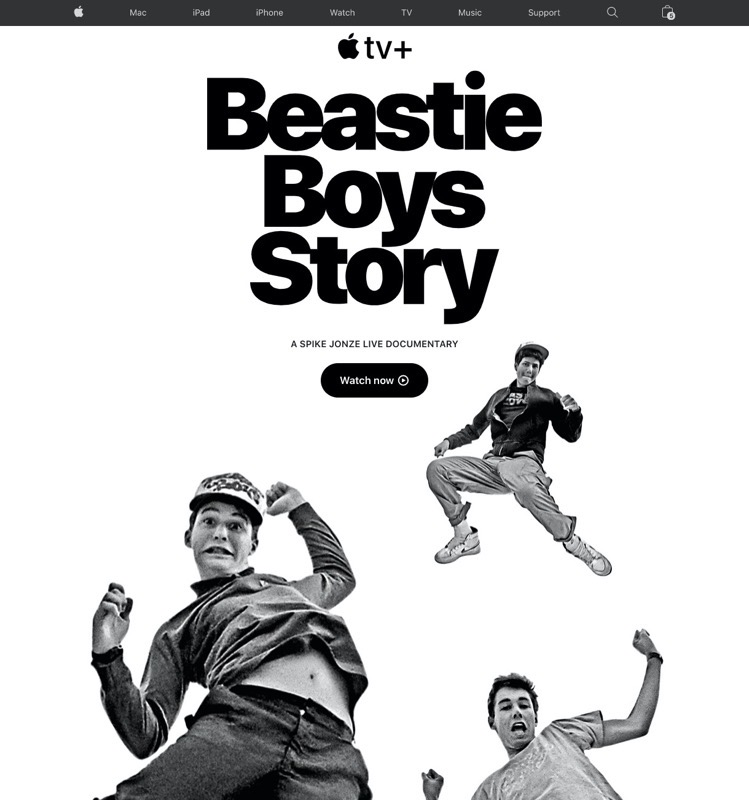 “An Apple original. See it on the Apple TV app,” explains Apple, offering a link for users to start watching it right away.

The highlighted feature on Apple.ca takes over about three-quarters of the website, while the very bottom of the site only advertises the 2020 iPhone SE starting at $599 CAD.