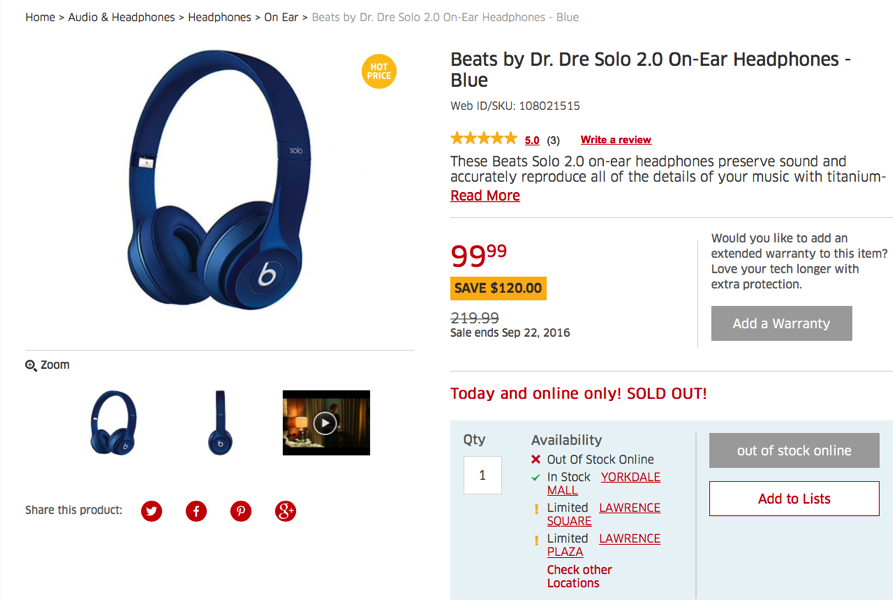 The headphones are out of stock online, but select locations do have stock. You could also try price-matching at Best Buy or other retailers.

Yes, we know Apple-owned Beats don’t produce the best sound, but for those with kids that care about the brand, this is considered ‘cheap’? Also, don’t forget those with iPhone 7 or iPhone 7 Plus will have to use the included Lightning to 3.5mm headphone jack adapter with these.

Let us know if you’re going to pick up a pair (or saving your money for Apple’s AirPods at $219 CAD).