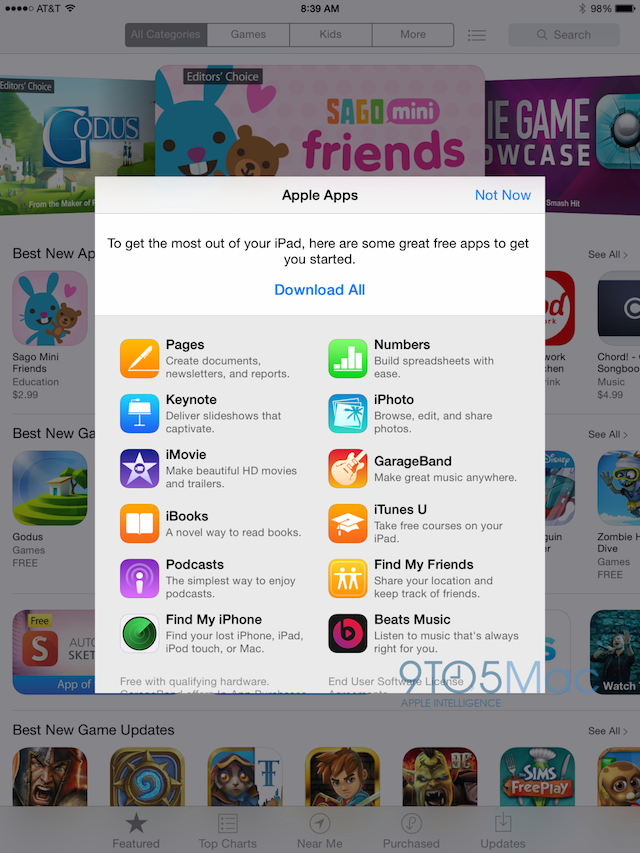 As pointed out by 9to5Mac, the Beats Music app is now appearing along side the iLife and iWork apps on the ‘Apple Apps’ list shown to iOS users who open the App Store for the first time. Apple highlights the Beats Music app as a way to ‘listen to music that’s always right for you’ as the last entry on the list.

“The view will show up for new iOS devices or by performing a clean restore to a version of iOS 7, on both iPhone and iPad. Tapping ‘Download All’ will install Beats Music alongside Apple’s other apps. Naturally, one way for Apple to significantly increase adoption of the service is to advertise it to every new iOS user.”

While all the other apps on the list are free, Beats Music however requires a monthly subscription to use, a change that may suggest Apple has bigger marketing plans for Beats to complement its new hardware, just in time for the holidays.

For those currently testing iOS 8 beta on their iOS devices, the Beats Music app does not show up in this view, though Apple will likely add this by the time it releases iOS 8 to the public. Furthermore, Apple has also not listed Beats Music in the ‘Apps Made By Apple‘ subcategory on the App Store.