Beats Music to Rebrand, Integrate into iOS in Early 2015: Report

Apple plans to capitalize on Beats by shipping it as a pre-installed app on iOS as soon as next March. By doing so, it will be made available on millions of iDevices in an instant, say sources speaking with the Financial Times. 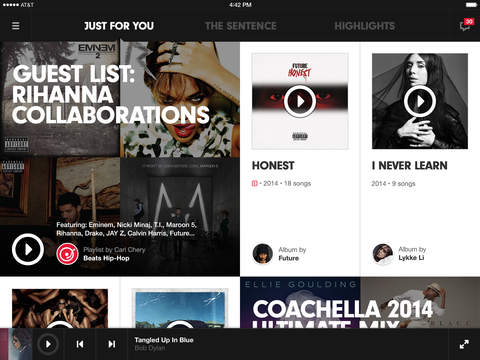 Since music sales via iTunes are dropping — see previous reports here — as users are no longer showing interest in owning their own music, the next battlefield is apparently the music streaming service. You may recall that, for the first time, music app publishers saw their apps start grabbing positions at the top of App Store charts in terms of revenue in August.

The Financial Times’ sources shed more light on what Apple’s plans are with Beats: it will continue to operate on a paid subscription model and will be rebranded under the iTunes label — in line with previous rumours — forming a “three-pronged music strategy for Apple” (along with downloads and iTunes Radio) with the ultimate goal of challenging Spotify and other players such as Pandora and Soundcloud.

So if the Financial Times’ sources are correct, we will likely see what Nine Inch Nails’ Trent Reznor has been working on.