This is the day you’ve all been waiting for! Yep, that’s right, we finally got a Facebook Fan Page up and running! We’re a bit late to the game, but now you can show your love for iPhoneinCanada.ca by becoming a FAN. True fans will click the “Become a Fan!” button below and tell all their friends on Facebook to do the same!

Just scroll to the bottom of this page and click on BECOME A FAN. Trust me, it’ll make your day that much better. 😉 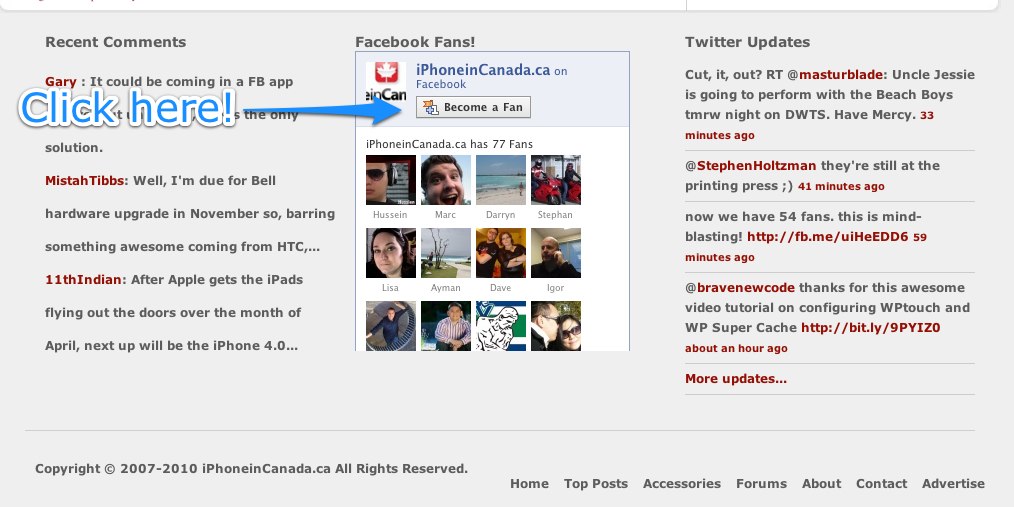 More contests and prize giveaways are coming up soon. Stay tuned! Who’s going to be our #1 fan?