It easily fits in a pocket or a bag, making it the ideal charger for traveling or when at home. 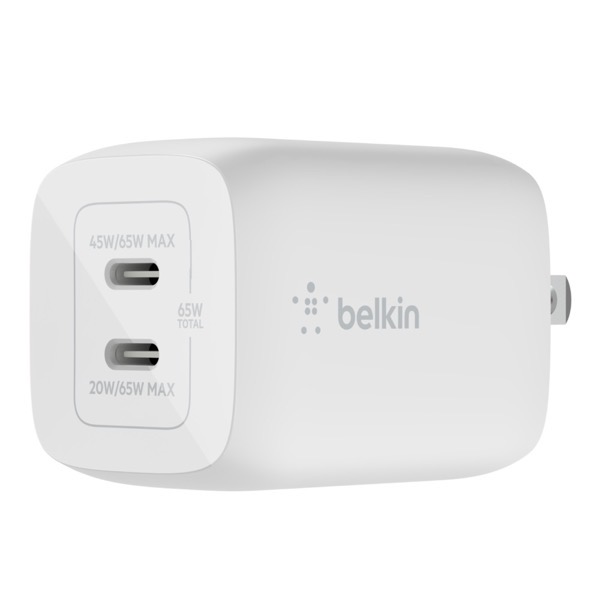 The wall charger is offered in a 65W option to access up to 65W of power when using a single port or up to 45W of power from the top port and up to 20W from the bottom port when using both.

The 45W version provides up to 45W of power when using a single port or up to 25W from the top port and up to 20W from the bottom port when using both.

Below are the highlights of the new Belkin USB-C wall chargers: