According to the Consumer Product Safety Commission, Belkin’s Portable Wireless Charger + Stand Special Edition sold between July 2020 and October 2020 in Apple retail stores and online on Apple and Belkin’s sites, is being recalled because of fire and shock safety hazards (via The Verge). 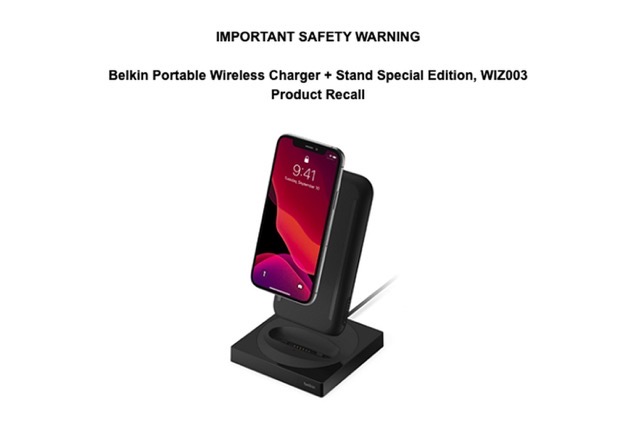 While offering full refunds to all those who own an affected charger, Belkin is advising user who have purchased the device to stop using it and unplug it from power immediately.

The company notes that no injuries or property damage have been reported, and no other Belkin wireless chargers or any other Belkin products are affected by this recall.

Affected products are those that have the following serial numbers:

The serial numbers can be located on the battery pack.

For full details on the safe disposal of the product and how to obtain a refund, please visit this link.