We previously covered that the ‘Big 3’ in Canada confirmed they would be carrying the iPhone 4 in July. However, none of them have confirmed on their websites about today’s July 30th Canadian launch date–until now.

Bell has updated their iPhone 4 page to include the words “Coming July 30th” in their iPhone 4 graphic. Given that wireless carriers are usually kept out of the loop until the last minute (just like consumers too) I’m not surprised Bell updated their page. It’s only a matter of time before Rogers and Telus does the same. 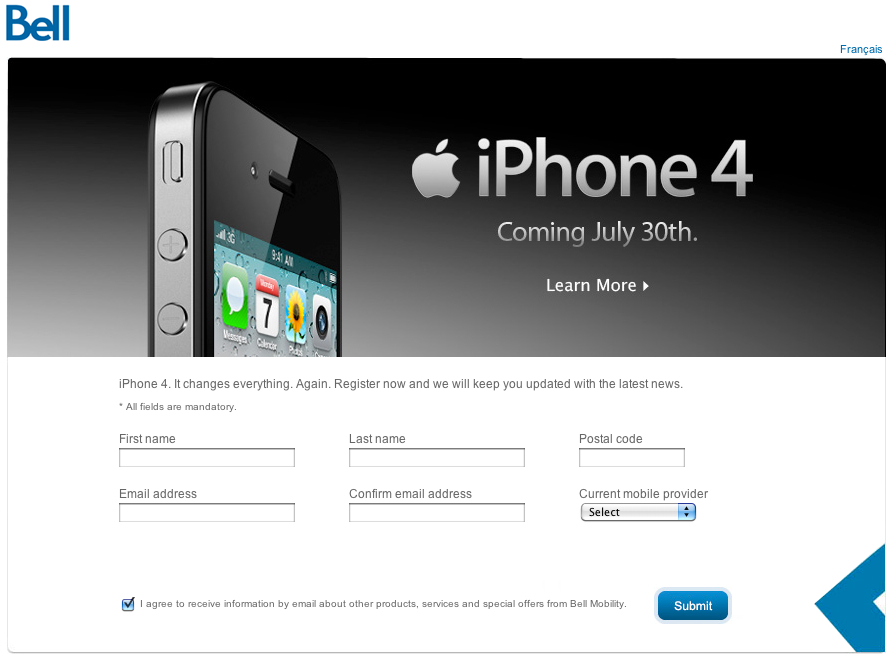 When Will iPhone 4 Upgrade Policies Be Announced?

That is the question of the day. When will Rogers, Telus, and Bell users receive information on upgrade policies towards the iPhone 4? The norm in Canada is for carriers to push these updates at the last minute (think of last year with Rogers and the iPhone 3GS). Now that the official iPhone 4 release date in Canada is out of the bag, the ball is in the court of the ‘Big 3′ to respond in a timely manner regarding upgrades and pricing.Â Please do so at least a week before the iPhone 4 launch. Please?

Rogers and Telus–you’re up next and we’re waitin’!

If you recently purchased a Samsung Galaxy Z Fold4 or Galaxy Z Flip4, you can get a promo code to stream the 2022 FIFA World Cup free on TSN for six months, as part of a recent freebie. According to Samsung, it explains “once you have received your eligible Galaxy Z Fold4 or Z Flip4 […]
IIC Deals
11 hours ago